Games about the American Revolution 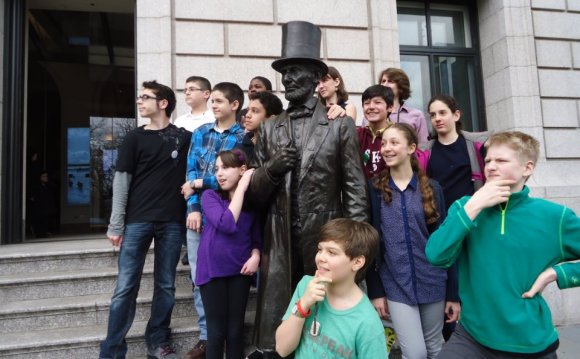 Warning: Please be advised that there are a few spoilers in terms of the game’s storyline in the fourth paragraph of this post.

This is a strange topic for me to be writing on, i.e., a video game. After all, I am not what some younger Juntoists might call “a gamer.” But when I saw the trailers for Assassin’s Creed III last summer I found my anticipation for the game growing. Assassin’s Creed III is a historical fiction-based game in which the main character—a half-English, half-Mohawk warrior called Connor—finds himself at the center of many of the most important events of the American Revolution. Let me start with a little background on the game.

Assassin’s Creed is a franchise that is now up to 8 games, of which Assassin’s Creed III is the most recent. The storyline of the franchise is so incredibly involved that it would take a couple of posts to really unravel it all. However, fundamentally, the arc of the storyline is built upon the Knights Templar mythology. In the game, the Templars are the antagonists and the protagonists, the Assassins, are a secret group out to stop them from imposing their vision of balance and order over the world (cue Henry F. May flashback). Both groups however are out to collect old artifacts that they believe will allow them to stop the world from ending due to a solar flare in December of 2012. The main character of the overall storyline is Desmond Miles, a contemporary Assassin. However, with the help of a sort-of virtual reality machine called “The Animus” he is able to re-live the experiences of his Assassin ancestors to gather information and clues. Previous games took him back to 11th-century Palestine and 15th-century Italy and Spain. Assassin’s Creed III takes the story up to the 18th century and the American Revolution.

Now I must admit that I knew none of this backstory before the game was released. I had never played any of the other games before, as what little time for games I have is usually spent playing FIFA with my six-year old son. What drew me to the game, as an early Americanist, was the historically accurate renderings of the colonial and revolutionary settings. Also, throughout the game you interact with actual historical figures and play important roles in the most important events of the period. What early Americanist wouldn’t want the chance to walk around Boston in 1754, a Mohawk village, Valley Forge, and, especially for me, New York in 1776? Or participate in the Boston Tea Party, Bunker Hill, and the Battle of Monmouth?

The game spans almost thirty years. You come to the colonies as a Templar, Haytham Kenway, seeking one of the artifacts at an ancient site somewhere in New England. There he meets up with a number of other Templars including Charles Lee, William Johnson, and Benjamin Church, and carries out numerous missions. At one point, he needs to kill a fellow Templar, Edward Braddock. In the game, you follow him out on the expedition and assassinate him, while a young George Washington tries to stop you. This is a great example of the way the game weaves its characters and storyline into historical events. In turn, you witness and take part in such events as the Boston Massacre, the Tea Party, Bunker Hill, Valley Forge, and others as you help the Americans defeat the British and the Templars who have sided with them (i.e., the liberty of the patriots vs. the imposed order from above of the monarchy and Templars). Rather than doing a historical review, I simply want to describe the experience of playing the game as an early Americanist.

Much of my own work has been on colonial New York City in the 1750s and 1760s, so from the very start I was anxious to get to the part of the game where you go to New York City in 1776. However, I found the gaming experience of walking around Boston (as an English gentleman) to be both personally thrilling and historically enlightening. The cities were designed from historical maps and are incredibly accurate renderings. But it’s not just the layouts that are accurate. Walking down the streets of Boston in 1754, one witnesses robberies (of which no one bothers to take notice), various groups of persons interacting, random dogs and pigs wandering the streets, small groups of children in ripped clothing and no shoes harassing passers-by, and groups of British soldiers marching through the streets who will just come up to you and push you around if you make yourself too conspicuous. It really brings to life the sort-of—for lack of a better term—Wild-West nature of colonial urban life.

I am not ashamed to admit that I found it quite exciting to walk into the Green Dragon Tavern to interact with Samuel Adams and to subsequently board the Dartmouth to take part in the Tea Party. At one point, your character has to ride his horse from Boston all the way out to Lexington on a snowy evening, the rendering of which was stunning. During the Battles of Lexington and Concord, you ride along with Paul Revere and end up commanding the Minutemen charged with holding the North Bridge. During the Battle of Bunker Hill, you are tasked with swimming out into the harbor and destroying the cannon on one of the ships bombarding Breed’s Hill. To do so, you have to run down through Charlestown while buildings, including the church steeple, collapse in front of you due to cannon fire.

By the time you get to New York City, the fire has already ravaged much of the city. And not long after arriving, you get thrown into the Bridewell gaol, for conspiracy, so players even get to experience prison life in the eighteenth century. Your player is sentenced to be hanged and he is brought out of the prison and up onto the platform on the street as a crowd of people watch. The perspective then switches to first-person as the hood comes down over the screen. You are eventually able to escape thanks to a disturbance in the crowd, but the experience was entertainingly disturbing. At the end of the post is a compilation of clips that I edited of some of these scenes.

My seven-year old son, Lucien, had previously watched the animated television show about the Revolution, Liberty’s Kids. So he was aware of the major events of the Revolution like the Tea Party. In fact, that was the part of the game he was waiting for the most. (Note: Depending on how you play the game along with a setting that turns off all the blood, the game is not necessarily gratuitously violent.) I was sitting at my desk while he was playing the game when I heard him yell out, “I’m doing it! I’m doing it!” I looked over to see him throwing the tea overboard. Indeed, he has ended up playing the game much more than I have. For as much as a seven-year old can, he has developed an historical imagination of the events and the game provided the perfect opportunity for me to talk to him (and his six-year old brother) about the events.

The American Revolution - a music video about

American revolution versus the hunger games