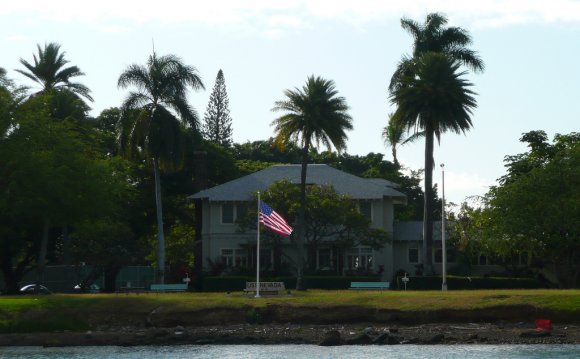 Dec. 7, 1941 still represents the U.S. Navy’s greatest disaster. In just over two hours, much of the Pacific Fleet had been destroyed or seriously damaged. Even before the last Japanese aircraft had disappeared over the horizon, the pride of the U.S. fleet—seven battleships that once projected U.S. might and prestige—either lay on the bottom or was too crippled to be of any immediate use. Bombs, torpedoes, and machine guns had taken a terrible toll, with the Navy alone losing 2, 008 men.

Navy Medicine was represented at Pearl Harbor by a naval hospital, a partially assembled mobile hospital, and the USS Solace (AH-5), the Navy’s newest hospital ship at the time. Heroic efforts to save lives by the men and women who manned these facilities began minutes after the first Japanese bomb fell and never waned until the last casualty was tended to.

Below we offer answers to some commons questions about the Navy Medical Department’s activities at Pearl Harbor on that day that still lives on in infamy.

How large was the Navy Medical Department at the time of the attack?

What medical facilities did the Navy have on Pearl Harbor?

This 250-bed hospital was one of the best equipped and staffed of the 21 Navy hospitals in operation in 1941.1 Due to the concentration of naval personnel in Hawaii, additional medical support was provided by USS Solace(AH-5) which lay anchor off “Battleship Row” at Ford Island and a mobile hospital (#2) which was under construction at the time of the attack.

Naval Hospital Pearl Harbor was slightly damaged during the attack by crashing enemy plane. 2 In order to make room for the expected flow of casualties, ambulatory patients were evacuated from the wards to vacant buildings and five tents set up behind the hospital. The hospital received its first patients at 0900. Within the first three hours, the hospital received 546 casualties and 313 dead. At the end of Dec. 7th, the hospital reached a patient census of 960 casualties.Medical effort at hospital was supported by officers and corpsmen from damaged battleships, two surgeons from Mobile Hospital # 2, and a hospital patient—a convalescing Navy physician recovering from a major surgery. To support nursing care, 114 additional nurses were supplied through the Red Cross.

-The USS Solace was one of two Navy hospitals ships in operation during 1941.3 The hospital ship received its first patients at 0825. The ship discharged 141 patients to duty in order to make room for casualties. On December 7th, 132 patients were admitted aboard the ship (over 70 percent of casualties were burn cases.)