Fashion during The Industrial Revolution 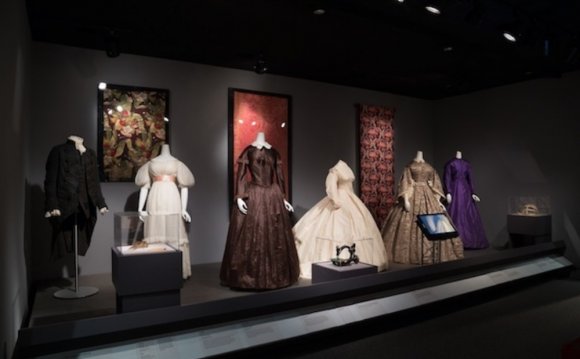 The nineteenth century witnessed an amazing transformation in the political and economic life of Europeans and Americans alike. During the first decade of the century almost all of Europe was under the power of France's ruler, Napoleon Bonaparte (1769–1821), or other members of his family who controlled the outer regions of the empire. With widespread support for overturning the old systems of Europe, Napoleon had built a vast French empire. Although Napoleon was defeated in 1814 at Waterloo and the French, Austrian, and Prussian monarchies' power was restored, it did not take long for revolution to unsettle the royals' power once again. Throughout Europe and the United States, the new technologies of the Industrial Revolution transformed economies based on large farms to those based on industrial production, which created a wealthy middle class. Possessing economic power, these merchants and industrialists also wanted political power, which the monarchical systems of government denied them. By the end of the nineteenth century many of the older European empires had split into the independent states of Italy, Germany, France, and Russia, carving the way for the growth of the modern-day nations.

As the political boundaries and rulers of countries changed during the century, the economies of Europe and America grew rapidly. By the end of the eighteenth century, Great Britain had grown into the dominant economic power in Europe, surpassing France and Spain. The trade routes established between Europe and the rest of the world during the eighteenth century promoted the production of manufactured goods and laid the foundation for the expansion of industrialization in Great Britain and, eventually, in other countries. During the first seventy years of the nineteenth century Great Britain developed the first industrial society, with unprecedented trade, urban, and population growth. The factory systems developed in Great Britain soon spread to the rest of Europe—especially Belgium, France, and Germany—and America. Industrialization brought rapid growth of cities and factories, and with them the expansion of the middle-and working-class populations. The expanding middle classes put pressure on their governments to gain political influence throughout the Western world. Soon wealthy landowners were joined by wealthy merchants and factory owners in government, and life was forever changed for working people. In general, people became richer and could afford more luxuries than ever before.

The introduction of life's luxuries

Industrialization, or the manufacture or production of goods on a large scale, offered the luxuries of life to more people than ever before. The Industrial Revolution had brought the construction of canals and railways across Europe and America. These canals and railways created national and even broader markets by transporting goods manufactured in new factories great distances. Besides transporting goods to more corners of Western civilization than ever before, railways also transported people. Travel had once been available to only the wealthiest people. The rise of industry throughout the Western world increased production and the increased wealth of the majority of people encouraged many to travel more widely and purchase more goods than ever before. The leisure of travel opened doors to new ways of life for many. Leisure activities also required new outfits and soon people were wearing special bathing costumes and tennis outfits.

As the century continued, more inventions increased the ease with which people lived and communicated with each other. Cheap postal services were introduced and magazines began to circulate nationally and internationally. The telegraph could electronically transmit information instantly from one end of a country to another. The International Exhibition of 1851 held in London displayed thousands of these inventions from around the world, including a new product called rubber, a locomotive that could travel at sixty miles-per-hour, cameras, printing presses, and a variety of intricately woven fabrics. During the 140 days it was open, nearly six million people traveled to see the exhibition and sample the new inventions. By the end of the nineteenth century, the Europeans and Americans had fully embraced the benefits of industrialization. By the end of the nineteenth century, the first advertising, chains of retail stores, and widely-circulating magazines combined with the efficient manufacturing systems and trade routes to transform the Western world into a mass consumer society. The rise of consumer spending would bring clothes of reasonable quality, as well as the shifting trends of fashion, to more people than ever before.

Child Labour during the Industrial Revolution