People of the Industrial Revolution 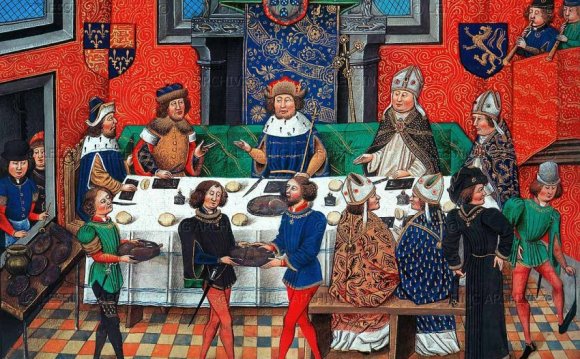 The dominant montage of 19th-century Britain on film and TV is one of opposites: industrial exploitation and proletarian despair contrasted with a rural idyll of wholesome work and lingering in frothy meadows beyond the reach of the railway. The dark satanic mill versus Lark Rise to Candleford.

Frederich Engels drew on two years' observation of living conditions in Manchester in the early 1840s to produce The Condition of the Working Class in England, a paradigm-setting account of the material and spiritual losses that accompanied a sudden transition to industrial society. This fable of proletarian immiseration underscored left-leaning history thereafter. Arnold Toynbee, who coined the term "industrial revolution" in the 1880s saw it as a "disastrous and terrible event" creating vast wealth for a few through the degradation of the many. The argument was reiterated by Sydney and Beatrice Webb, and fleshed out by the pioneering popular historians John and Barbara Hammond.

The pessimist school did not hold the field unchallenged, however. Victorian writers such as Harriet Martineau, Edward Baines and Andrew Ure saw industrial work lifting a generation from grinding rural poverty. Meanwhile economic historians such as John H Clapham in the 1920s drew on the new science of statistics to make clear that wages had "risen markedly". The standard of living debate polarised the postwar history profession, and was still live in academic journals when EP Thompson published in 1963 The Making of the English Working Class, a bible of labour history.

Thompson dismissed quantification as no guide to human oppression: "it is quite possible for statistical averages and human experiences to run in opposite directions". Any concrete improvements were paltry, consisting of "more potatoes, a few articles of cotton clothing for his family, soap and candles, some tea and sugar, and a great many articles in the Economic History Review".

Emma Griffin's Liberty's Dawn, an alternative account of "labour and the industrial revolution", is based on 350 published and unpublished autobiographies of labouring people, mostly men. Her challenge is robust. "Running like a thread through more than a century of historical analysis is the belief that the ordinary worker enjoyed a healthier, simpler and less frenetic life before the smoke and steam of the industrial revolution. The trouble is our autobiographers simply refuse to tell the story we expect to hear."

Urbanization & Other Effects of the Industrial Revolution So

The Painter of the Industrial Revolution: L.S.Lowry

Scotland and the Sparks of the Industrial Revolution at ...