Technology of the Industrial Revolution 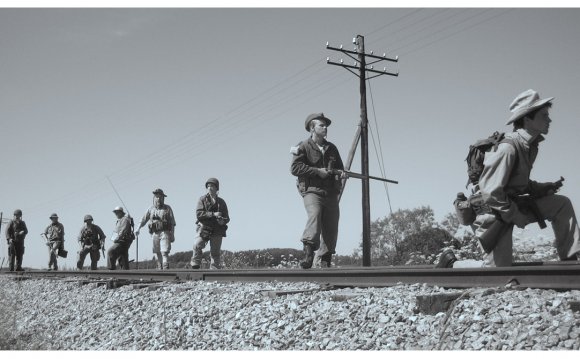 Technology is widely considered the main source of economic progress, but it has generated cultural anxiety throughout history. Here, Joel Mokyr, Chris Vickers and Nicolas Ziebarth place today’s angst about technological change in a historical context. They emphasize that today’s worries are not new to the modern era and that understanding the history provides perspective on whether this time is truly different.

In a recent paper, we place today’s angst about technological change in a historical context. In particular, we study three prominent concerns: (1) Will technological progress cause a substitution of machines for labour and lead to widespread unemployment; (2) Will technology lead to a dehumanisation of work; and (3) Are the days of strong economic growth behind us? We first look at how accurate the predictions of contemporary economists were on these issues, and then what lessons their successes and failures have for today’s prognosticators.

Economists during the Industrial Revolution were divided over whether technological progress would lead to lower employment. Most distinguished between short-term dislocations and longer term, chronic unemployment. Even optimists such as John Stuart Mill and David Ricardo conceded the possibility of short-term unemployment, while others such as Thomas Mortimer believed machines could remove the men from the labour force more permanently. Given the hand wringing over the possibility of technological unemployment, one might have expected it to be a serious problem in the economy of the day, yet there is scant evidence of widespread, long-term idle labour. Indeed, the complaints were rather about rapidly expanding factories and long hours and child labour. Where the case for historical pessimism is stronger is in wages rather than unemployment per se. By some accounts, living standards failed to rise until the middle of the 19th century, decades after the beginning of the Industrial Revolution.

After largely disappearing in the late 19th century, the Great Depression brought a revival of concerns about “surplus” labour, worries which similarly disappeared after the return of economic growth. While the fretting of some contemporary economists about widespread idleness were largely wrong, the costs borne by displaced people were real and far from negligible, with wages for laborers by many estimates taking more than a working lifetime to have risen to reflect rising productivity.

The second source of angst we address is the alleged dehumanisation of work brought on by technological progress. Even Adam Smith, while extolling the efficiency of the division of labour, worried about the deleterious effects of simple, repetitive work. Factory discipline came to replace a more informal, and arguably more flexible method of labour organisation of independent artisans, and much of the factory work itself was dangerous and gruesome. What is striking about these arguments is the degree to which many of them are the inverse of modern anxieties. While today’s pessimists decry the uncertainty associated with the gig economy, the move from independent artisans to factories and a routinised workday was traumatic in its own way. Workers were dissatisfied by the highly structured and regimented nature of factory work and the imposition of discipline through fines and penalties. We see little reason to doubt that workers can adjust to workforce patterns that arguably mirror pre-industrial ones.

Finally, a number of modern writers such as Tyler Cowen or Robert Gordon have suggested something of the reverse view, asserting that the days of rapid technological progress are behind us. This worry, too, is nothing new historically. John Stuart Mill wrote about a “stationary state” during the Industrial Revolution. The Great Depression saw an outbreak of similar pessimism. One notable exception is John Maynard Keynes, whose famous essay “Economic Possibilities of our Grandchildren” predicted that by 2030, our most pressing problem would be how to occupy our leisure time after a century of economic growth.

The overarching point we would emphasize is that today’s worries are not new to the modern era and that understanding the history provides perspective on whether this time is truly different. We are skeptical about the more extreme of modern anxieties about long-term, ineradicable technological unemployment or a widespread lack of meaning because of changes in work patterns. Predictions about unemployment are often based on looking at only process innovation, missing the more important long-term trends in the invention of entirely new products, and the jobs that come with these. While making specific predictions about the future of technology is imprudent, we are sceptical about an end to major innovation any time soon, particularly with scientists and researchers having access to increasingly powerful tools and sources of data to build on previous discoveries.

Coalbrookdale: Origins of the Industrial Revolution ...

Samuel Slater: The Spark of the Industrial Revolution ...