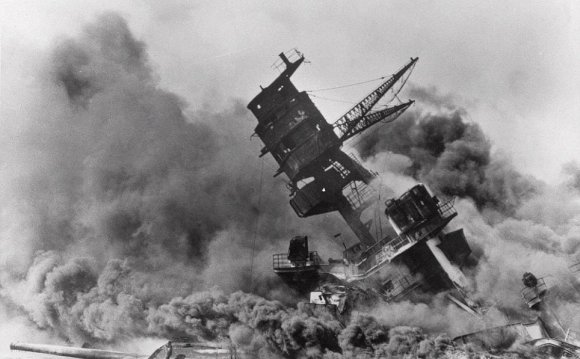 PEARL HARBOR, Hawaii — The USS Arizona Memorial in Pearl Harbor, Hawaii, will be closed to visitors until at least June 4 after a dock to the memorial that sits atop the sunken battleship was damaged in an accident Wednesday, the National Park Service says.

The damage occurred when tugboats were “assisting” the USNS Mercy, an 894-foot-long, 69, 000-ton hospital ship, inside the harbor, the U.S. Navy Region Hawaii said in a statement on its Facebook page.

“It is not safe for visitors to disembark at the USS Arizona Memorial, ” said the National Park Service, which administers the memorial, part of the World War II Valor in the Pacific National Monument.

Military.com, which first reported the accident, said it occurred around 7 a.m. Hawaii time on Wednesday. A photo on the website shows the hospital ship dangerously close to the 184-foot-long memorial.

The Navy said the accident is under investigation.

The USS Arizona was sunk on December 7, 1941, during Japan’s surprise attack on Pearl Harbor that brought the United States into World War II. The remains of many of the 1, 177 U.S. military personnel who died aboard the Arizona are still inside the wreck. It was the greatest loss of life ever in an attack on a U.S. warship, the park service says.