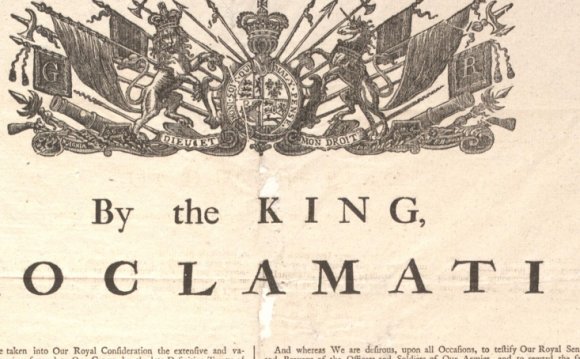 The Treaty of Paris of 1763 that ended the Seven Years’ War provided Great Britain with enormous territorial gains. Under the treaty, Canada and the entire present-day United States east of the Mississippi came under British control. With the official end of the war, Anglo-American colonists began to pour over the Appalachian Mountains in search of land. As the native population had made no land cessions, many of these settlers had no official claim to the land. In many cases, the land was claimed by private land companies, in which the Virginia elite had invested heavily in an attempt to diversify their holdings outside of the volatile tobacco market. Thus, they had an interest in pressing the British Government to address ensuing tensions.

The settlement of the lands west of the Appalachians brought inevitable tension and conflict between settlers and indigenous peoples. British military officials attempted to halt settlement, but eager settlers and land speculators ignored their directives. With the military unwilling to forcibly remove settlers from the lands, Anglo-American colonists continued to migrate west and lay claim these lands.

British officials made the situation worse by alienating American Indians who had been allied with France during the Seven Years’ War. The French Government had devoted significant resources to furnishing gifts to their Indian allies. When British forces arrived to take over former French forts, they halted the gift-giving practice, not realizing that doing so undercut the authority of any pro-British leaders within indigenous communities and antagonized the Indian leaders.

In response to British actions and western settlement, the leader of the Ottawa tribe, Pontiac, sent messages encoded in wampum belts to other communities throughout the present-day Midwest to coordinate an attack on British forts. Unaware of the depth of Indian anger and resentment, British forces were caught largely by surprise and lost all their western forts except for Fort Pitt and Detroit, where British military officials were tipped off and, therefore, able to prevent seizure.

When news of the rebellion reached London, the government decided to put into action a plan for creating a western Indian reserve, and produced the Royal Proclamation of 1763, which forbid colonial settlement beyond the line of the Appalachian Mountains. The act also created the provinces of Quebec, West Florida, and East Florida. The proclamation was largely ineffective in preventing western settlement, and served only to anger both settlers and the political elite who had invested in western land speculation.

War with the Indian tribes continued from 1764 into 1766. British officials managed to negotiate peace with the Senecas in the Niagara region and with Indians in the upper Ohio River valley, and, in 1766, Pontiac agreed to a formal treaty signed at Fort Ontario on July 25. Pontiac’s War is diplomatically significant because it was the first war between European settlers and American Indians where Indians had united broadly across tribal lines.

After the end of Pontiac’s rebellion, regulation of the western frontier was not significantly altered until Parliament passed the Quebec Act of 1774. With this piece of legislation, the British intended to preempt any dissatisfaction among the French Canadian population by restoring French civil law and allowing Catholics to hold office. It also imposed direct crown rule on Quebec and extended Quebec’s borders south to the Ohio River.

The Quebec Act angered the Virginia elite, since most of the western lands they claimed were now officially part of Quebec or in the Indian reserve. The act, which Parliament passed at the same time as legislation placing Massachusetts under crown control, also fueled resentment among Calvinist New Englanders, who saw in its autocratic, pro-Catholic provisions further evidence of an imperial conspiracy against colonial liberties.

When the American Revolution began in 1774, tensions between settlers and Indians became a part of the conflict. The Continental Congress’s attempts to secure Indian alliances largely failed, as most Indians saw the British military as the lesser of two evils in their struggle against settlers’ encroachments upon their land. However, the Oneida and Tuscarora Nations of the Iroquois Confederacy did side with the colonists.