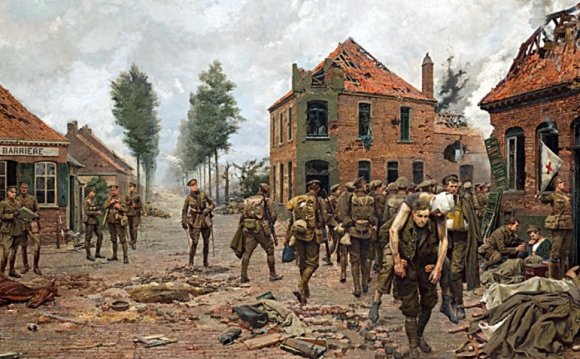 Study important and monumental events in women's history with this timeline.

A chronology of events in women's history in the United States, from the Salem Witch Trials in the seventeen century to the fight for women's suffrage to the modern Supreme Court ruling against sexual harassment in the workplace.

1776–1807: New Jersey grants women the vote in its state constitution.

1637: Anne Hutchinson is banished from Massachusetts Bay Colony for heresy.

1692: The Salem Witch Trials are held in Salem, Massachusetts.

1789: Abigail Adams makes plea to her husband: "Remember the ladies" in the new Constitution.

1838: Kentucky widows with children in school are granted "school suffrage, " the right to vote in school board elections.

1847: Maria Mitchell discovers a new comet, wins a medal from the King of Denmark.

: Lucretia Mott, Martha C. Wright, Elizabeth Cady Stanton and Mary Ann McClintock are invited to tea at the home of Jane Hunt in Waterloo, New York. They decide to call a two-day meeting of women at the Wesleyan Methodist chapel in Seneca Falls to discuss women's rights.

July 19 and 20, 1848: Three hundred people attend the first convention held to discuss women's rights, in Seneca Falls, New York; 68 women and 32 men sign the "Declaration of Sentiments, " including the first formal demand made in the United States for women's right to vote: "...it is the duty of the women of this country to secure to themselves their sacred right to the elective franchise."

1850: Isabella Van Wegener adopted the name Sojourner Truth in 1843 and became an itinerant preacher. In 1850 she began speaking out widely for women's rights.

April 19 and 20, 1850: In Salem, Ohio, women take complete control of their women's rights convention, refusing men any form of participation apart from attendance.

1851: The "Bloomer costume" is adopted to urge dress reform for women.

May 28 and 29, 1851: Sojourner Truth's spontaneous "Ain't I a Woman?" speech electrifies the woman's rights convention in Akron, Ohio.

: The Una premiers in Providence, Rhode Island, edited by Paulina Kellogg Wright Davis. With a masthead declaring it to be "A Paper Devoted to the Elevation of Woman, " it is acknowledged as the first feminist newspaper of the woman's rights movement.

1861: Women in Kansas are granted the vote in school board elections.

: Eleventh National Woman's Rights Convention is held. The American Equal Rights Association is formed at the end of the convention, and the members pledge to achieve suffrage for both women and black Americans.

: Elizabeth Cady Stanton declares herself a candidate for Congress from the 8th Congressional District of New York and eventually loses.

1867: Kansas puts a woman suffrage amendment proposal on the ballot. The first time the question goes to a direct vote, it loses.

1868: The Fourteenth Amendment is ratified, including the word "male" for the first time in the Constitution.

: The federal women's suffrage amendment is first introduced in Congress by Senator S.C. Pomeroy of Kansas.

1869: Wyoming Territory grants women the vote in all elections.

: The federal women's suffrage amendment is introduced as a Joint Resolution to both Houses of Congress by Rep. George W. Julian of Indiana.

: The National Woman Suffrage Association is founded by Susan B. Anthony and Elizabeth Cady Stanton to achieve the vote through a Congressional amendment, while also addressing other women's rights issues.

1870: Women in Wyoming become the first to vote following the granting of territorial status.

: Susan B. Anthony is tried for voting illegally, is convicted, and is fined $100, which she refuses to ever pay.

1875: Michigan and Minnesota give women the "school vote."

1876: Susan B. Anthony and Matilda Joslyn Gage disrupt the official Centennial program at Independence Hall in Philadelphia, presenting a "Declaration of Rights for Women" to Vice President Ferry.

1878: Senator A.A. Sargent (California) introduces a woman suffrage amendment, the wording of which remains unchanged until it is finally passed by Congress in 1920.

1882: Both houses of Congress appoint Select Committees on Woman Suffrage, and both report the measure favorably.

1887: The first vote on woman suffrage is taken in the Senate, where it is defeated.

1890: The American Federation of Labor declares support for a woman suffrage amendment.

: Wyoming is admitted to the Union, becoming the first state since New Jersey (1776–1807) to grant women full enfranchisement in its state constitution.

1894: 600, 000 signatures are presented to the New York State Constitutional Convention in an effort to bring a woman suffrage amendment to the voters. The campaign fails.