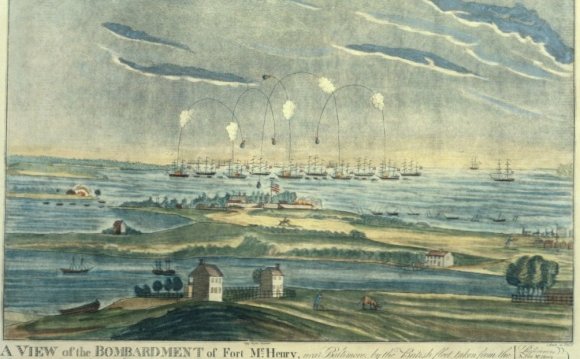 1620 - Plymouth Colony, near Cape Cod, is founded by the Pilgrim Fathers, whose example is followed by other English Puritans in New England.

17th-18th centuries - Hundreds of thousands of Africans brought over and sold into slavery to work on cotton and tobacco plantations.

1763 - Britain gains control of territory up to the Mississippi river following victory over France in Seven Years' War.

1781 - Rebel states form loose confederation, codified in Articles of Confederation, after defeating the British at the Battle of Yorktown.

Known as 'Honest Abe' and the 'Great Emancipator'

His Gettysburg Address honoured the Union dead, set out the principles they died for

1783 - Britain accepts loss of colonies by virtue of Treaty of Paris.

1787 - Founding Fathers draw up new constitution for United States of America. Constitution comes into effect in 1788.

1812-15 - War of 1812 between the US and Britain, partly over the effects of British restrictions on US trade during the Napoleonic Wars.

19th century - Residual resistance by indigenous people crushed as immigration from Europe assumes mass proportions, with settlers moving westwards and claiming "manifest destiny" to control North America; number of states in the union rises from 17 to 45.

1846-48 - US acquires vast tracts of Mexican territory in wake of Mexican War including California and New Mexico.

1854 - Opponents of slavery, or abolitionists, set up Republican Party.

1898 - US gains Puerto Rico, Guam, the Philippines and Cuba following the Spanish-American war. US annexes Hawaii.

World War I and the Great Depression

1917-18 - US intervenes in World War I, rejects membership of League of Nations.

1920 - Women given the right to vote under the Nineteenth Amendment.

1941 - Japanese warplanes attack US fleet at Pearl Harbour in Hawaii; US declares war on Japan; Germany declares war on US, which thereafter intervenes on a massive scale in World War II, eventually helping to defeat Germany.

1947 - US enunciates policy of aid for nations it deems threatened by communism in what became known as the Truman Doctrine. Cold War with Soviet Union begins.

1948 - America's programme to revive ailing post-war European economies - the Marshall Plan - comes into force. Some $13bn is disbursed over four years and the plan is regarded as a success.

1950-54 - Senator Joseph McCarthy carries out a crusade against alleged communists in government and public life; the campaign and its methods become known as McCarthyism. In 1954 McCarthy is formally censured by the Senate.

Desegregation and the Vietnam war

1961 - Bay of Pigs invasion: an unsuccessful attempt to invade Cuba by Cuban exiles, organised and financed by Washington.

1962 - US compels Soviet Union to withdraw nuclear weapons from Cuba in what has become known as the Cuban missile crisis.

1964 - US steps up its military intervention in Vietnam. Civil Rights Act signed into law; it aims to halt discrimination on grounds of race, colour, religion, nationality.

Timeline of US History