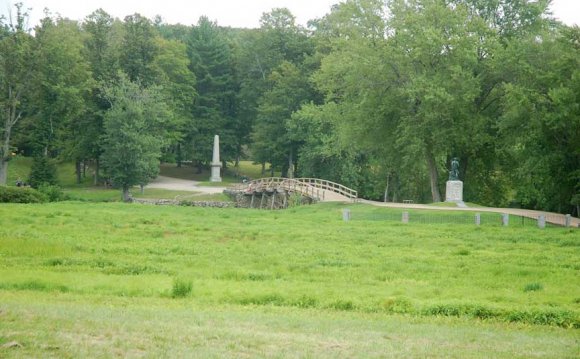 By 1921, little had changed for several decades in the coal mining country of West Virginia. The coal companies ruled over this area like a medieval fiefdom, having almost total control over workers’ lives. They issued company scrip to shop at company stores, evicted workers from company housing if they went on strike, brutally crushed union attempts to organize the mines, and murdered union organizers. They hired goons to intimidate miners and spies to infiltrate union organizing effort. The United Mine Workers of America struggled to maintain a hold in West Virginia; in fact the UMWA throughout Appalachia had a rollercoaster of a membership for decades, with numbers skyrocketing after rare victories and collapsing after the inevitable oppression that followed.

Such a widescale rebellion took place in the aftermath of an event far more famous thanks to the John Sayles film detailing it, the Matewan Massacre, when Baldwin-Felts thugs got into a gun battle with the worker-sympathetic law enforcement officers of the town of Matewan. In 1921, the coal industry got their revenge on Mingo County sheriff Sid Hatfield, who had participated at Matewan, by murdering him on the steps of the McDowell County Courthouse in Welch. That was on August 1. On August 7, the UMWA issued a petition of workers’ demands, including the arrest of Hatfield’s murderers, to West Virginia governor Ephraim Morgan. Morgan rejected them out of town and workers’ anger grew.

On August 20, armed men began gathering in Kanawha County, outside of Charleston and by August 24, 13, 000 miners had arrived fully armed and ready to demand justice. While alarmed politicians began working toward compromise, Logan County sheriff Don Chafin wanted blood. Supported by the Logan County Coal Operators Association, Chafin hated the UMWA and wanted to eliminate them from his country entirely, preferably with the maximum shedding of blood. The coal operators provided Chafin a hired army of 3000 people to oppress the miners. On the request of Governor Morgan, President Warren Harding had sent General Henry Bandholtz to West Virginia on August 25. Bandholtz told union leaders the army would “snuff them out” if they did not end the march, leading many prominent UMWA figures, including Mother Jones to urge the end of the action to prevent fatalities. Although on August 26, many of the miners agreed to return to their homes, Chafin wanted to his pound of flesh. His men began shooting union members as they returned to their homes, with families caught in the crossfire.

A bunker used by the coal miners’ private army.

When news of Chafin’s duplicitious and murderous violence reached miners, they exploded. Several days of sporadic fighting followed between Chafin’s army and the miners. The coal operators hired private planes to drop homemade bleach bombs and other munitions on the miners. The U.S. military clearly showed itself on the side of the mine operators. General Billy Mitchell ordered U.S. army planes to conduct aerial surveillance of the difficult terrain and report back to the mine owners, possibly the first time that planes were used by the U.S. army against American civilians. Over the next week, about 30 of Chafin’s troops died as did probably about 100 miners.


An unexploded bomb dropped by the coal company army on the miners, displayed by those it meant to kill.

The Battle of Blair Mountain ended when Harding sent in U.S. troops to put down the revolt. Fearing massive death, UMWA leader Bill Blizzard ended the revolt on September 2 and told his members to return to their homes, which they did, attempting to hide the guns in the dense mountains. As normal during the pre-New Deal period, UMWA membership followed the fortunes of organizing, with membership plummeting from 50, 000 to 10, 000 after the suppression of the uprising.

In the aftermath, 985 miners were indicted and tried for charges including murder and treason against the state of West Virginia (who knew you could commit legal treason against a state). The charges against most were dropped. A Baptist minister and his son who led a party that killed three members of the coal companies’ army did serve three years in prison, before a new governor, Howard Gore, pardoned them. Some argue that while the Battle of Blair Mountain was a total loss for the UMWA, the attention it garnered about the lives of coal miners helped build support for the major labor reforms of the New Deal, of which no one benefited more than the United Mine Workers of America.

Some years later, Chafin was arrested on corruption charges and served time in federal prison for bootlegging.