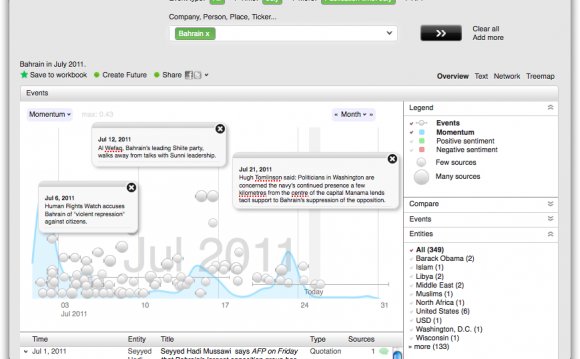 It was a year of global conflict, which witnessed the rise of new players in an ever evolving geopolitical chess match. 2014 marked the end of some legacies and the beginning of new ones. As the year slowly winds down, and people across the global prepare themselves for the coming year. Here is a look at some of the major political events, which took place in 2014.

On May 20th, approximately 118 people were killed when Islamic Jihadists bombed a marketplace and bus station in Jos, Nigeria.

On September 15th, Nicholas Romanov, Prince of Russia died. He was the President of the Romanov Family Association and one of several claimants to the leadership of the House of Romanov.

17. Abdication of King Juan Carlos I of Spain

On June 19th, the Spanish King Juan Carlos I abdicated in favor of his son, Felipe VI, who ascended to the Spanish throne.

On January 1, Latvia made history becoming the 18th member of the Eurozone.

On January 11th, former Israeli general and Prime Minister, Ariel Sharon died of a stroke. Sharon is considered the greatest military strategist and field commander in Israeli history. While in Palestinian history he is seen as a War Criminal guilty of crimes against humanity.

MH17 was an international passenger flight from Amsterdam to Kulal Lumpur that was shot down over the Ukraine-Russia border.

On March 5th, Venezuela cut diplomatic and political ties with Panama. The severing of ties was due to the belief that the Venezuelan government had been the target of a conspiracy by Panama.

On May 5th, approximately 300 people were massacred by Boko Haram Jihadists in the towns of Gamboru and Ngala, Nigeria.

In October, a series of violent political unrest resulted in then-President Blaise Compaore resigning from office and fleeing to the Ivory Coast. .

On April 14th, 276 female students were abducted by the Islamic Jihadist organization Boko Haram. The girls were taken from a Secondary School in the small town of Chibok.

On May 22nd, the Royal Thai Army overthrew the caretaker government of Thailand, following months of violent political unrest.

8. First State visit to the UK by an Irish President

In April of this year, Michael D. Higgins made history when he became the first Irish President to visit the United Kingdom.

Originally scheduled to be held in Sochi, Russia. The Summit was held instead in Brussels, Belgium and without Russia participation due to the Crimean crisis. The media dubbed it the ‘G7’ Summit.

On August 7th, former Cambodian Communist leaders Nuon Chea, and Khieu Samphan were given life sentences for their roles in the Cambodian Genocide by the Khmer Rouge Tribunal. Chea was a chief ideologist of the Communist regime and oldest surviving Prime Minister, while Samphan is the second oldest surviving head of state from the regime.

The largest Ebola epidemic in history, with a reported fatality rate of 71%. The crisis began in Guinea, and then spread to Liberia and Sierra Leone. Cases connected to the epidemic were even reported in the United States as aid workers returned home.

Major Social and Political Events in 2013

Three major events to look for in 2011 Louisiana politics ...

Politics and Major Events of the 1990s