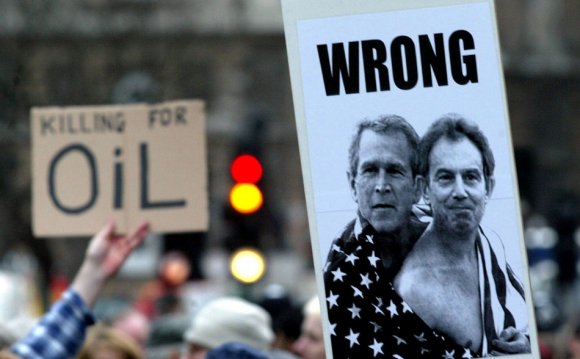 This August 29 marks the 45th anniversary of the Chicano Moratorium. Held in East Los Angeles, the moratorium was the largest anti-Vietnam War demonstration by any minority group in the United States, including African Americans. Estimates of the demonstrators, mostly Chicanos, or Mexican Americans, range from 20, 000 to 30, 000. It was also the largest demonstration during the Chicano Movement of the late 1960s and 1970s, the most significant civil rights and community empowerment movement by Mexican Americans in the country to that time.

The Chicano Movement laid the foundation for today’s Latino political power. Aug. 29, 1970, is a day, to borrow from Franklin Roosevelt, “that will live in infamy.” At one level, it revealed that the Chicano Movement had integrated the U.S. unnecessary and unjust intervention in Vietnam and Southeast Asia as a major issue in the movement. Chicanos were disproportionately being drafted into the military, with many sent to Vietnam and many never returning, or returning physically or emotionally wounded — and usually both.

You could only escape the draft if you stayed in school, which meant graduating from high school and attending college. However, in the case of Chicanos as well as other minorities, many dropped out of high schools that were deficient and unwelcome environments for them. Moreover, these inner-city schools did not encourage Chicanos to go to college, and hence when they left at age 18, the boys were ripe for the draft. The war was also depleting federal funding in President Johnson’s “war on poverty, ” reducing pre-school programs, job retraining, and sundry other social and economic programs that attempted to alleviate poverty in the barrios. For these reasons, the war became a Chicano issue, and the Movement organized against it.

The Moratorium was the high point of the Movement, but it was also the lowest. After the marchers entered into Laguna Park and the speeches and entertainment began, squads of county sheriffs backed up by Los Angeles police stormed the rally with billy clubs and tear-gas rifles. They attacked a peaceful demonstration, injuring some, arresting many, and killing three Chicanos. The police, notorious for abuses against Chicanos, were not going to allow them to rule the streets of East L.A. even for one day. Chicanos bravely fought back, and a riot — a police riot — ensued that afternoon.

One of those killed was Ruben Salazar, the most prominent newsperson of Chicano background in the nation. A veteran newspaper reporter, including several years working with The Los Angeles Times that involved writing a highly influential column, Salazar at the time of the Moratorium was also the news director of KMEX, the only Spanish-language television station in Los Angeles. Covering the moratorium, he and his TV crew later during the rioting went into a bar — the Silver Dollar Café — to take a break. Shortly thereafter, a squad of county sheriffs appeared outside the bar, and with no warning shot at least two, maybe three, tear gas projectiles into the café. One of them, according to the later autopsy report, hit Salazar in the head and instantly killed him. Salazar in death went from being a first-rate journalist to a political martyr of the Chicano Movement.

Attention, LA! NCR on Tap is coming to Anaheim Feb. 26. Join CEO/Publisher Caitlin Hendel and others for an evening of food, drinks and good conversation about the church. Learn more.

While Aug. 29, 1970, is a historical marker in the history of the Chicano Movement, the importance after 45 years of the events of that day is that it showed the courage and commitment of young Chicanos — the Chicano Generation — to take on the system and to demand that a “war of choice” be ended, a war that was particularly injurious to Chicanos and other minorities. Aug. 29, 1970, was a display of Chicano Power — self-determination — that has now evolved into Latino Power, as Latinos have become the largest minority in the country.

The events of Aug. 29, 1970, as well as the Chicano Movement as a whole are captured in my new book just published, entitled (University of California Press, 2015). It is an oral history or testimonios of three key movement activists in Los Angeles: Raul Ruiz, Gloria Arellanes, and Rosalio Muñoz. It is their personal stories based on numerous hours of interviews I did with them, as well as archival research. They are powerful narratives of three leaders of the Movement who dedicated their lives at that time, and still do, to issues of social justice and respect for the Chicano/Latino communities.

One aspect of their stories that in particularly brings them together is the Chicano Moratorium. Rosalio Muñoz, for example, was the key organizer of the protest and of the Chicano anti-war movement. Many others also led in this effort, but Muñoz was the center of the struggle. It was Rosalio who had just concluded his speech at Laguna Park (now renamed Ruben Salazar Park) calling on Chicanos to remain unified in the Movement when the police maliciously attacked.

Gloria Arellanes was also a leader of the Chicano Moratorium. Just having left the militant Brown Berets as the lone female so-called “minister” of the group due to the sexism of many of the men, Arellanes linked up with Muñoz to prepare for August 29, including participating in earlier anti-war demonstrations in East L.A. and marching with a group of Chicana or female activists she organized who called themselves the Adelitas de Aztlán. She recalls the unwarranted police violence that day and her efforts to assist those injured and arrested.

Hatch: Trade bill one of the most important in U.S. history

The Most Important Law In U.S History Is Up For Debate And ...