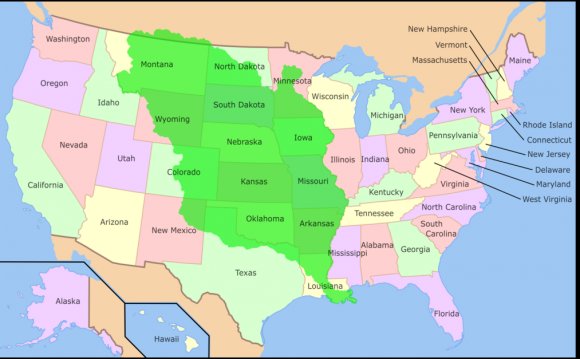 Louisianians consider the Sala Capitular one of their most prestigious settings for official ceremonies, evidenced by the fact that the final transfers of the colony were held in it: from Spain to France on November 30, 1803, and from France to the United States on December 20, just twenty days later. The Sala Capitular also functioned as a courtroom, first for the cabildo under Spanish rule (1799-1803), then the superior court in the territorial period (1803-1812), and later the Louisiana Supreme Court after the Civil War (1868-1910).

The Louisiana Purchase
Emperor Napoleon Bonaparte had a vision of a renewed western empire for France, and his schemes included the recapture of Louisiana from Spain. Control over this vast territory would halt the westward expansion of the young United States and would supply French colonies in the West Indies with the goods they needed. In 1800, Napoleon signed the secret Treaty of Ildefonso with Spain, an agreement that stipulated that France would provide Spain with a kingdom for the son-in-law of Spain's king if Spain would return Louisiana to France. However, Napoleon's plan collapsed when the twelve-year revolt of slaves and free blacks in the French colony of Saint-Domingue succeeded, forcing French troops to return defeated to France and preventing them from reaching their ultimate destination-Louisiana-and from being able to defend it. As Napoleon's New World empire disintegrated, the loss of Haiti made Louisiana unnecessary.

The United States wanted to acquire the area near New Orleans primarily to guarantee its right to sail vessels down the Mississippi River through Spanish territory and unload goods at New Orleans for shipment to the Atlantic coast and Europe. Moreover, the United States wanted to possess the entire territory of Louisiana because so many American settlers and merchants were already in the region and because of its vital geographic position at the mouth of the Mississippi River.

The United States discovered the transfer of Louisiana from Spain to France and sent Robert Livingston to France in 1801 to try to purchase New Orleans. Napoleon initially refused, leading President Thomas Jefferson to send James Monroe to secure the deal. However, in April 1803, just days before Monroe was to arrive in Paris, Napoleon offered to sell the United States not only New Orleans but all of Louisiana. Napoleon's minister of the treasury, the Marquis de Barbé-Marbois, dealt with Livingston and Monroe over terms of the Louisiana Purchase. The United States purchased Louisiana for , 250, 000 and assumed claims of its own citizens against France up to , 750, 000, for a total purchase price of million.

On November 30, 1803, Spain's representatives, Governor Manuel de Salcedo and the Marqués de Casa Calvo, officially transferred Louisiana to France's representative, Prefect Pierre Clément de Laussat, in the Sala Capitular in the Cabildo. Although Laussat had been instructed to transfer Louisiana to the United States the next day, twenty days actually separated the transfers, during which time Laussat became governor of Louisiana and created a new town council.

Thomas Jefferson selected William Charles Cole Claiborne, former governor of the Mississippi territory and highest-ranking civilian official in the vicinity, to govern lower Louisiana. Backing Claiborne with military power was General James Wilkinson. On December 20, 1803, again in the Sala Capitular, these two commissioners signed the transfer document with Laussat, giving lower Louisiana officially to the United States. The United States took formal possession of the full territory of Louisiana, although its boundaries were vaguely defined, in St. Louis three months later, when France handed over the rights to upper Louisiana.

Between April 10 and 15, 1825, the Marquis de Lafayette, a Frenchman who assisted the Americans with their war for independence and became a hero of the French Revolution, resided in the Cabildo during a visit to New Orleans. Lafayette stayed in the city as a part of his tour of the United States in 1824 and 1825.

Laborers converted the Sala Capitular into a lavish drawing room where Lafayette met various delegations during his stay, including a deputation of free men of color, "who, in 1815, courageously assisted in the defense of the city." The room was completely redecorated to fit its elegant purpose of hosting Lafayette and his visitors. New wall hangings and furniture were procured, and wallpaper, draperies, carpets, and chandeliers were installed for the five-day stay.

The Louisiana State Supreme Court met in the Sala Capitular from 1868 to 1910. During the course of its tenure here, the Supreme Court heard several important cases that in turn went on to the United States Supreme Court to become landmark cases in American history. Among these was Plessy v. Ferguson, which was first argued in 1892. The case tested legislation passed in Louisiana in 1890 that permitted separate railroad cars for whites and blacks.