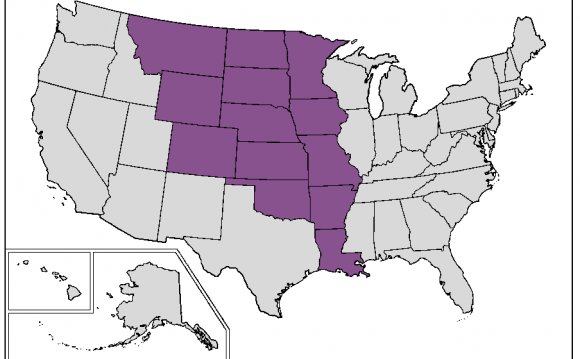 Was the enormous land deal in which the United States, during the administration of Thomas Jefferson, purchased territory from France comprising the present day American Midwest

The significance of the Louisiana Purchase was enormous. In one stroke the United States doubled its size. The acquisition of land made westward expansion feasible. And the deal with France guaranteed that the Mississippi River would become a major artery for American commerce, which provided a considerable boost to America's economic development.

At the time, the Louisiana Purchase was also controversial. Jefferson, and his representatives, were well aware that the Constitution did not give the president any authority to make such a deal. Yet the opportunity had to be taken. And to some Americans the deal seemed like a treacherous abuse of presidential power.

The Congress went along with Jefferson's idea, and the deal was completed. And it turned out to be perhaps the greatest accomplishment of Jefferson's two terms in office.

One remarkable aspect of the Louisiana Purchase is that Jefferson had not really been trying to buy that much land. He was only hoping to acquire the city of New Orleans, but the French emperor, Napoleon Bonaparte, offered a much more attractive deal.

Background of the Louisiana Purchase

At the beginning of Thomas Jefferson's administration there was great concern in the American government about control of the Mississippi River. It appeared obvious that access to the Mississippi, and especially the port city of New Orleans, would be vital to the further development of the American economy.

In a time before canals and railroads, good would need to travel down the Mississippi.

As France had lost its grip on its colony of Saint Domingue (which became the nation of Haiti after a slave revolt), the emperor of France, Napoleon Bonaparte, saw less value in hanging on to Louisiana. The idea of a French empire in the Americas was essentially abandoned.

Jefferson was interested in acquiring the port of New Orleans. But Napoleon directed his diplomats to offer the United States the entire Louisiana territory, which essentially included what today is the American Midwest.

Jefferson's ultimately accepted the deal, and purchased the land for $15 million.

The actual transfer, where the land became American territory, took place at the Cabildo, a building in New Orleans, on December 20, 1803.

Impact of the Louisiana Purchase

When the deal was finalized in 1803, many Americans, including especially government officials, were relieved because the Louisiana Purchase ended the crisis over control of the Mississippi River. The enormous acquisition of land was viewed as a secondary triumph.

The purchase, however, would have a huge effect on America's future. In total, 15 states, in whole or in part, would be carved out of the land acquired from France in 1803: Arkansas, Colorado, Idaho, Iowa, Kansas, Louisiana, Minnesota, Missouri, Montana, Oklahoma, Nebraska, New Mexico, North Dakota, South Dakota, Texas, and Wyoming.