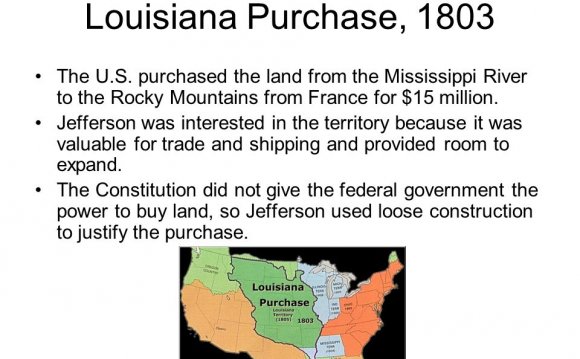 The following article was written by my good friend, William Dollarhide:

An historical timeline of events relating to the Acadians-Cajuns was extracted from the Maine Name Lists and Louisiana Name Lists books. The area of present Maine was at one time claimed by both the French colony of Acadia and the English colony of Massachusetts Bay. After the British-imposed expulsion of the Acadians, their final gathering point was concentrated in Spanish Louisiana. Upon the Louisiana Purchase, these new Americans were often called “Cajuns.” The timeline here reflects the history of the founding of French Acadia, their battles with the British, their expulsion, and their gathering in Louisiana.

1603. French nobleman Pierre DuGua (Sieur DeMonts) was granted exclusive rights to colonize the area he had named l’Acadie (Acadia), granted by French King Henry IV. The area of Acadia included all of present Nova Scotia, New Brunswick, and most of Maine.

1604 Acadia. DeMonts established a French colony on St. Croix Island, at the mouth of the St. Croix River, now Maine. After surviving a bad Winter, the entire colony was moved across the Bay of Fundy to Port-Royal, now Nova Scotia.

1611. From his base in Port-Royal, Acadia, French Jesuit Priest Pierre Baird, crossed the Bay of Fundy to an island on the Penobscot River of present Maine, where he established an Indian mission.

1613. Father Baird and others attempted a new French mission on Mount Desert Island (present Maine), but soon after their arrival, they were arrested by English Captain Samuel Argall of the Jamestown Colony.

1689-1690. King William’s War. Soon after they were crowned, William III and Mary II joined a European alliance against France, and the subsequent battles became known as King William’s War. In 1689, several battles took place, including the French attack on Saco, Maine; followed by the English attack and destruction of the French Acadia capital of Port-Royal in 1690.

1696. During King Williams’s War, French forces from Pentagouet (present Castine, Maine) attacked and destroyed the English settlement at Pemaquid (present Bristol, Maine). Pemaquid was the northernmost community of New England, lying on the border with French Acadia. The French community of Pentagouet was the southernmost settlement of French Acadia. After the Siege of Pemaquid, the French forces continued north and destroyed virtually every English settlement in Newfoundland, and deported over 500 people back to England. In retaliation, the English attacked and destroyed more Acadian communities, including present Fredericton, New Brunswick.

1702. Queen Anne’s War. This was a decisive war in the series of conflicts between France and England. Battles took place in New England, Newfoundland, Québec and Acadia. One notable event was the brutal French/Indian raid on Deerfield, Massachusetts in 1704, where the surviving English colonists were forced to march to Québec as hostages. The English Queen Anne succeeded to the throne after the death of Mary II, her older sister, and William III, who died in 1702 without issue. Queen Anne’s reign of 1702-1714 was about the same duration as the war that took her name. The English prevailed in most of the battles, and the war marked a turning point for the success of English interests over the French in North America.

1713. The Peace of Utrecht ended Queen Anne’s War. France ceded to Great Britain its claims to Newfoundland, Hudsons Bay, and the peninsular part of French Acadia, which the British had renamed Nova Scotia. The British took possession of the peninsula area and required the Acadians to swear allegiance to Britain or leave. The continental part of Acadia (including areas of present Maine and New Brunswick) remained in French control and a number of displaced Acadians from the British side moved across the Bay of Fundy to lands near the St. John and St. Croix rivers.

1718. La Nouvelle-Orleans (New Orleans) was founded by Jean-Baptiste Le Moyne (Sieur de Bienville). It was named for Philippe II, Duke of Orleans, the Regent of France. That year saw hundreds of French colonists arriving in Louisiana.