Cost of the Louisiana Purchase 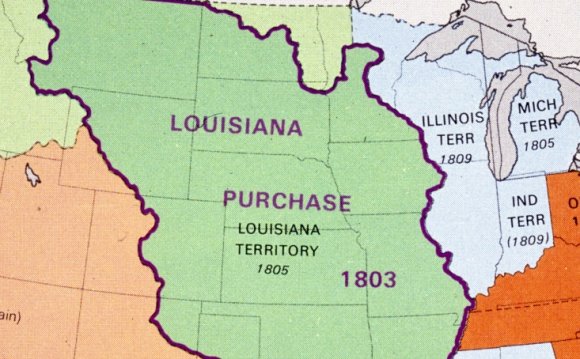 Everyone loves making a buck, including governments. Unfortunately, the reality of many “great deals, ” especially in the history books, has today been inflated to mythical proportions.

While most countries throughout history expanded their frontiers through peaceful trade or the spoils of war, the United States purchased much of its land, mostly from foreign governments. Today several of these land purchases are immortalized as great financial coups for the country.

Each of these transactions shares in common the fact that they were voluntarily agreed upon by the parties directly involved, and that the sums involved are paltry by today’s standards. (Historians debate whether the natives that “sold” Manhattan to the Dutchman Pieter Minuit understood the concept of private property in the same sense as European merchants. The surviving documents for the purchase of Manhattan show a completed contract with no ensuing bloodshed or hard feelings on either side.)

The problem with reckoning costs in historical terms is that it compares apples to oranges. A dollar today just doesn’t buy what a dollar bought in 1626, 1803, or even a decade ago.

Adjusting for the effects of inflation throughout American history is a little complicated. Up until 1914 America had been on some form of gold (or silver) standard. There were several bouts of deflation during this time to mute the effects of inflation, which in general was quite tame. Inflation averaged 0.4 percent per year prior to 1914. In 1914, the creation of the Federal Reserve System changed everything dramatically. With the ability to economize on bank reserves and to create fiat money at whim, the inflation rate surged. Since 1914 the inflation rate has averaged about 3.5 percent per year.

The Louisiana Purchase: A 60 Second History