About the Second World War 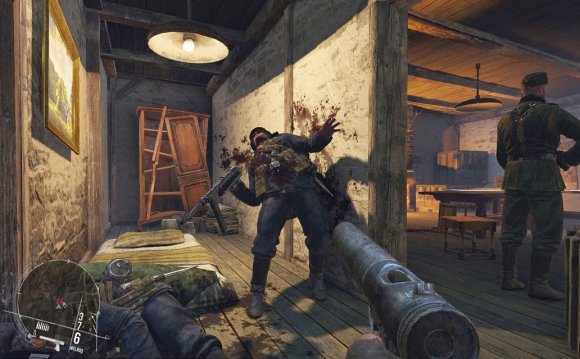 THE Battle of Berlin ended on May 2nd 1945 with the surrender of General Helmuth Weidling, German commander of the Berlin Defence Area, to General Vasily Chuikov of the Soviet army. Yevgeny Dolmatovsky, a Russian writer who was a lieutenant in the army, took the minutes for the negotiations. Once the surrender had been signed, he recited poems at the Brandenburg Gate.

A photograph of a smiling Dolmatovsky (pictured) near the ruined Reichstag, with a bust of Hitler under his arm, is the main image of “1945: Defeat. Liberation. New Beginning”, an exhibition at the German Historical Museum in Berlin. This challenging show marks the 70th anniversary of the end of the second world war, and the photograph is a fitting incarnation of its three aspects: the defeat of Nazi Germany, the ending of the most devastating war of the 20th century, and the glimmer of hope that Europe could make a new beginning.

Given that the exhibition aims to look across the continent at the end of the conflict and the first five years of post-war development, it has an extraordinary amount to cover. With over 500 items—photographs, newspaper clippings, posters and a lot of personal belongings—there is much for the visitor to see, but it still ends up feeling thin.

It begins with a display of eye-catching statistics, among them the 45m war dead in Europe, the 7m forced labourers and 400, 000 concentration-camp prisoners who were liberated at the end of the conflict, and the 13m victims of Nazi crimes. The museum tries to give such giant numbers more resonance by displaying beside them the stories of 36 very different people: old and young, perpetrators and victims, collaborators and resistance fighters; three people from each of the 12 European countries that the exhibition considers.

Walkways lead from the stories to sections dealing with each country: Germany, Austria, Czechoslovakia, Poland, Britain, Denmark, Norway, Luxembourg, the Netherlands, Belgium, France and the Soviet Union. Countries of the Balkans and southern European are notable by their absence. Given that recent political debate in Germany has been dominated by the Greek demand for nearly €280 billion in reparations relating to Nazi atrocities between 1941 and 1944, it would have been interesting to see some coverage of the Greeks’ plight. But Maja Peers and Babette Quinkert, the curators, say they wanted to concentrate on the country’s direct neighbours, plus the Soviet Union and the United Kingdom.

They also included Norway as a good example of the sheer complexity of the war, a place of resistance and collaboration. Among items of Norwegian paraphernalia are a flag of the resistance movement, Milorg, made of parachute silk. Its design has three fir trees in the middle, to symbolise fighters known as the “boys in the forest”.

The exhibition makes a brief attempt to look critically at Soviet expansionism after the war. The Baltic states, which had been annexed by the Soviet Union in 1940, and then overrun by the Germans in 1941, did not achieve independence after liberation. So visitors can see a Lithuanian propaganda poster from 1949, designed to demonstrate support for the development of a common Soviet culture and socialist state. It shows a woman in traditional Lithuanian costume, with a local edition of Pravda and books by renowned Lithuanian writers—and a huge Stalin medal in the background.

There is no doubting the ambition of this project “to see further than the end of one’s nose” as Alexander Koch, the museum’s president, puts it. But despite great photos, recordings of interviews with eyewitnesses and newscasts about the end of the war in various languages, it touches almost imperceptibly on post-war developments. An examination of the conflict and its aftermath requires rather more than this.

Voices from the Second World War