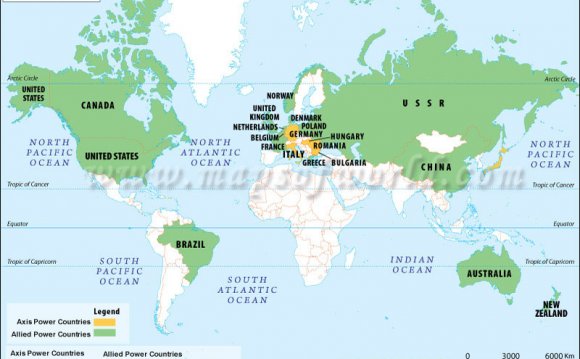 At the end of the first world war it had been possible to contemplate going back to business as usual. However, 1945 was different, so different that it has been called Year Zero. The capacity for destruction had been so much greater than in the earlier war that much of Europe and Asia lay in ruins. And this time civilians had been the target as much as the military. The figures are hard to grasp: as many as 60 million dead, 25 million of them Soviet. A new word, genocide, entered the language to deal with the murder of 6 million of Europe's Jews by the Nazis.

During the war, millions more had fled their homes or been forcibly moved to work in Germany or Japan or, in the case of the Soviet Union, because Stalin feared that they might be traitors. Now, in 1945, another new word appeared, the DP, or "displaced person". There were millions of them, some voluntary refugees moving westward in the face of the advancing Red Army, others deported as undesirable minorities. The newly independent Czech state expelled nearly 3 million ethnic Germans in the years after 1945, and Poland a further 1.3 million. Everywhere there were lost or orphaned children, 300, 000 alone in Yugoslavia. Thousands of unwanted babies added to the misery. It is impossible to know how many women in Europe were raped by the Red Army soldiers, who saw them as part of the spoils of war, but in Germany alone some 2 million women had abortions every year between 1945 and 1948.

The allies did what they could to feed and house the refugees and to reunite families that had been forcibly torn apart, but the scale of the task and the obstacles were enormous. The majority of ports in Europe and many in Asia had been destroyed or badly damaged; bridges had been blown up; railway locomotives and rolling stock had vanished. Great cities such as Warsaw, Kiev, Tokyo and Berlin were piles of rubble and ash.

In Germany, it has been estimated, 70% of housing had gone and, in the Soviet Union, 1, 700 towns and 70, 000 villages. Factories and workshops were in ruins, fields, forests and vineyards ripped to pieces. Millions of acres in north China were flooded after the Japanese destroyed the dykes. Many Europeans were surviving on less than 1, 000 calories per day; in the Netherlands they were eating tulip bulbs. Apart from the United States and allies such as Canada and Australia, who were largely unscathed by the war's destruction, the European powers such as Britain and France had precious little to spare. Britain had largely bankrupted itself fighting the war and France had been stripped bare by the Germans. They were struggling to look after their own peoples and deal with reincorporating their military into civilian society. The four horsemen of the apocalypse – pestilence, war, famine and death – so familiar during the middle ages, appeared again in the modern world.

Politically, the impact of the war was also great. The once great powers of Japan and Germany looked as though they would never rise again. In retrospect, of course, it is easy to see that their peoples, highly educated and skilled, possessed the capacity to rebuild their shattered societies. (And it may have been easier to build strong economies from scratch than the partially damaged ones of the victors.) Two powers, so great that the new term "superpower" had to be coined for them, dominated the world in 1945. The United States was both a military power and an economic one; the Soviet Union had only brute force and the intangible attraction of Marxist ideology to keep its own people down and manage its newly acquired empire in the heart of Europe.

The great European empires, which had controlled so much of the world, from Africa to Asia, were on their last legs and soon to disappear in the face of their own weakness and rising nationalist movements. We should not view the war as being responsible for all of this, however; the rise of the US and the Soviet Union and the weakening of the European empires had been happening long before 1939. The war acted as an accelerator.

It also accelerated change in other ways: in science and technology, for example. The world got atomic weapons but it also got atomic power. Under the stimulus of war, governments poured resources into developing new medicines and technologies. Without the war, it would have taken us much longer, if ever, to enjoy the benefits of penicillin, microwaves, computers – the list goes on. In many countries, social change also speeded up.

The shared suffering and sacrifice of the war years strengthened the belief in most democracies that governments had an obligation to provide basic care for all citizens. When it was elected in the summer of 1945, for example, the Labour government in Britain moved rapidly to establish the welfare state. The rights of women also took a huge step forward as their contribution to the war effort, and their share in the suffering, were recognised. In France and Italy, women finally got the vote.

If class divisions in Europe and Asia did not disappear, the moral authority and prestige of the ruling classes had been severely undermined by their failure to prevent the war or the crimes that they had condoned before and during it. Established political orders – fascist, conservative, even democratic – came under challenge as peoples looked for new ideas and leaders. In Germany and Japan, democracy slowly took root.

In China, people turned increasingly from the corrupt and incompetent nationalists to the communists. While many Europeans, wearied by years of war and privation, gave up on politics altogether and faced the future with glum pessimism, others hoped that, at last, the time had come to build a new and better society. In western Europe, voters turned to social democratic parties such as the Labour party in Britain. In the east, the new communist regimes that were imposed by the triumphant Soviet Union were at first welcomed by many as the agents of change.