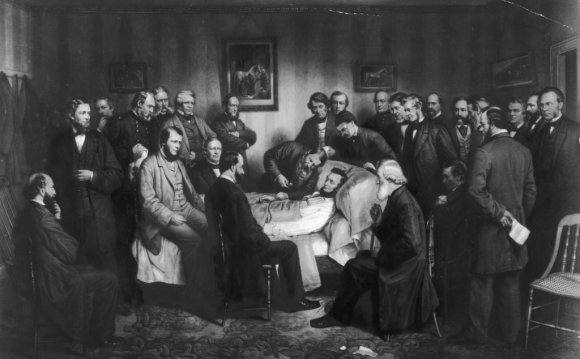 On the 150th anniversary of Abraham Lincoln's assassination, History Revealed brings you five facts about the president's death

Lincoln signed the Emancipation Proclamation, legally freeing the slaves, and ended the brutally violent Civil War. But on 14 April 1865, John Wilkes Booth shot Abraham Lincoln while he sat in Ford’s Theatre watching the comedy, Our American Cousin, making him the first American president to be assassinated.

Here are five fascinating facts about the death of Lincoln.

1) After shooting Lincoln in his private box, John Wilkes Booth leapt on to the stage, breaking his leg. He shouted to the audience, ‘Sic semper tyrannis’, which means, ‘Thus always to tyrants’, the Virginia state motto. He escaped Ford’s Theatre but after ten days was tracked down to a farm in Virginia. After a brief standoff, he was shot in the neck and died of his wounds three hours later.

2) Abraham Lincoln only had one bodyguard, a policeman called John Parker who was not at his post when the President was shot. At the intermission, he had left the theatre to go to a nearby saloon with Lincoln’s coachman.

3) Parker’s fatal neglect is made worse by the fact that Lincoln had created the Secret Service on the same day he was killed. It was originally formed to tackle counterfeiting, not its role today of protecting the President, but the Secret Service did save Lincoln in a way. In 1876, it foiled an attempt to steal Lincoln’s body.

4) Although he was shot in the head at point blank range, Lincoln did not die immediately. He was taken across the street to Petersen House and died nine hours later. Secretary of War Edwin Stanton was by Lincoln’s side when he died remarking, “Now he belongs to the ages”.

5) In a bizarre twist, the brother of John Wilkes Booth saved the life of Lincoln’s son months before the assassination. Robert Lincoln had fallen on to a train track in Jersey City, New Jersey, as the train was leaving the station when Edwin Booth pulled him to safety.