When was the American Revolutionary War 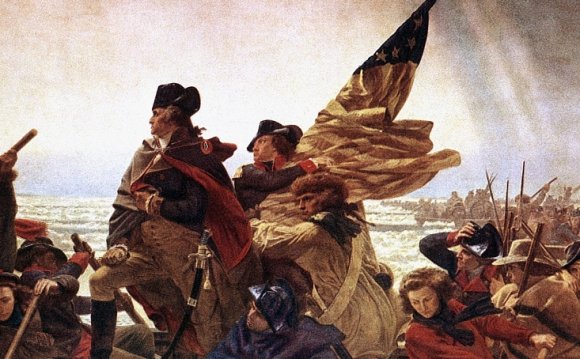 By 1774, the year leading up to the Revolutionary War, trouble was brewing in America. Parliament (England's Congress) had been passing laws placing taxes on the colonists in America. There had been the Sugar Act in 1764, the Stamp Act the following year, and a variety of other laws that were meant to get money from the colonists for Great Britain. The colonists did not like these laws.

Great Britain was passing these laws because of the French and Indian War, which had ended in 1763. That war, which had been fought in North America, left Great Britain with a huge debt that had to be paid. Parliament said it had fought the long and costly war to protect its American subjects from the powerful French in Canada. Parliament said it was right to tax the American colonists to help pay the bills for the war.

Most Americans disagreed. They believed that England had fought the expensive war mostly to strengthen its empire and increase its wealth, not to benefit its American subjects. Also, Parliament was elected by people living in England, and the colonists felt that lawmakers living in England could not understand the colonists' needs. The colonists felt that since they did not take part in voting for members of Parliament in England they were not represented in Parliament. So Parliament did not have the right to take their money by imposing taxes. "No taxation without representation" became the American rallying cry.

In 1774 much of this unrest had calmed down, especially in the southern colonies. Most North Carolinians carried on their daily lives on farms raising crops and tending herds, and in cities shopkeeping, cooking, sewing, and performing dozens of other occupations and tasks. They did not often think about the king of England or his royal governor in North Carolina.

But beneath this calm surface there were problems. Just three years earlier at Great Alamance Creek, 2, 000 Tar Heel farmers called Regulators had led an uprising, the largest armed rebellion in any English colony to that time. They wanted to "regulate" the governor's corrupt local officials, who were charging huge fees and seizing property. The royal governor, William Tryon, and his militia crushed the rebellion at the Battle of Alamance.

Another problem beneath the surface calm lay with the large African and American Indian populations. Many in these two groups hated their low positions in a society dominated by powerful whites. Some white colonists believed that if a war with England broke out, these other Tar Heels would support the king in hopes of gaining more control over their own lives.

Finally, Tar Heels knew that other colonies were continuing to resist English control. In 1773, colonists in Boston, Massachusetts, had thrown shipments of tea into the harbor rather than pay Parliament's taxes on the tea. The Boston Tea Party aroused all the colonies against Parliament, which was continuing to show its scorn for the colonists' welfare.

North Carolina and the Continental Congress

In June 1774, the Massachusetts legislature issued a call for all of the colonies to meet at Philadelphia to consider these problems. But Royal Governor Josiah Martin refused to call a meeting of North Carolina's legislature in time to select delegates to go to Philadelphia. So the colony's Whigs (those who favored independence) formed a provincial congress that sent representatives to the Continental Congress in Philadelphia in September.

The Revolution begins in North Carolina

The movement against English rule spread rapidly. In April 1775 British soldiers, called lobsterbacks because of their red coats, and minutemen—the colonists' militia—exchanged gunfire at Lexington and Concord in Massachusetts. Described as "the shot heard round the world, " it signaled the start of the American Revolution and led to the creation of a new nation.

North Carolina joined the war the following month. In New Bern on May 23, Abner Nash (who later became governor) led a group of Whigs to Tryon Palace to seize the cannon there. Eight days later, Governor Martin became the first royal governor in the colonies to flee office. He sought refuge in Fort Johnston at the mouth of the Cape Fear River. In July he had to leave the fort and fled to the safety of a British ship anchored offshore.

For eight years the Old North State was the scene of suffering caused by the war for independence. There were battles and bloodshed: the Battle of Moore's Creek Bridge in February 1776, the destruction that summer of the Cherokee Indian villages in western North Carolina by Patriot leader Griffith Rutherford, and the battles at Kings Mountain and Guilford Courthouse. There were deaths and injuries, terrible shortages of food and warm clothing, destruction and loss of property, and constant fear.

While soldiers fought the war on the field, North Carolina's public leaders fought for independence, too. In April 1776 North Carolina's provincial congress met at Halifax and decided to send a message to the Continental Congress. The group called for all the colonies to proclaim their independence from Great Britain. These Halifax Resolves were the first official action by any colony calling for a united drive for independence. Now there was no turning back. Once the members of the Continental Congress signed the Declaration of Independence, only the spilling of much blood would settle the matter.

But North Carolinians were greatly divided. There was bitter combat between the Whigs and Tories (those loyal to England), each trying to force the other to their views or at least to stop them from helping the other side. John Adams, who became the second president of the United States, said that in the Revolution one third of the people were Whigs, one third Tories, and one third did not take either side. This was not exactly true for all colonies, of course, and perhaps North Carolina had more Whigs than Tories.