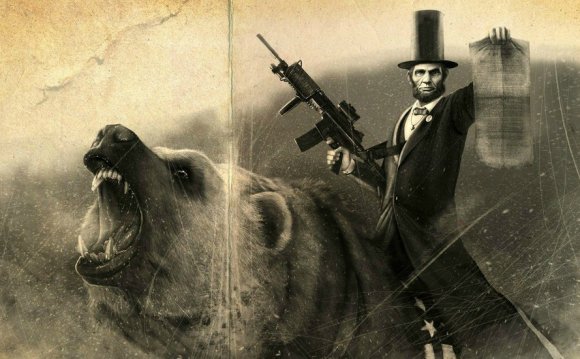 Abraham Lincoln, the 16th president, has a birthday today. So how much do you really know about Lincoln, the man?

We’ve gone through the tons of research available about Abraham (don’t call me Abe) Lincoln, so you can impress your friends and family with your Lincoln knowledge.

Here are our top 10 Lincoln facts, followed by 40 other pieces of trivia that you can research on your own.

1. He was the only president to have a patent: Lincoln invented a device to free steamboats that ran aground.

2. He practiced law without a degree. Lincoln had about 18 months of formal schooling.

3. He wanted women to have the vote in 1836. The future president was a suffragette before it became fashionable.

4. He was a big animal lover, but he wouldn’t hunt or fish. If he were alive today, Lincoln would be running an animal shelter.

5. He really was a wrestler. Lincoln was documented as taking part in wrestling bouts. We don’t think he wore a mask or had a manager.

6. He lost in his first bid for a presidential ticket. The unknown Lincoln was an unsuccessful vice presidential candidate in 1856 at the Republican convention.

8. He didn’t drink, smoke, or chew. Lincoln was a simple man of tastes, and he never drank in the White House.

9. He didn’t have a middle name. Lincoln went through his life with two names.

12. He was the first president born outside of the 13 original states.

17. His favorite food was fruit.

18. He was also a big fan of chicken casserole.

19. Lincoln was the first president to use the telegraph.

20. He used the telegraph like email to communicate with generals.

22. Lincoln’s life was saved twice when he was young.

23. Grave robbers were foiled in 1876 when they tried to steal Lincoln’s body.

24. He was the first president with a beard.

25. Lincoln argued a case before the Supreme Court in 1849 and lost.

26. Lincoln failed in his first business.

28. His coffin has been opened five times.

29. Lincoln was estranged from his father and didn’t attend his funeral.

31. Lincoln served one term in the U.S. House of Representatives.

33. Lincoln won the popular vote in Senate campaign against Douglas but lost the election.

34. Lincoln was shot on Good Friday.

35. Lincoln was photographed with John Wilkes Booth at his second inauguration.

36. There are no direct living descendants of Abraham Lincoln.

38. Lincoln was part of séances after his son died in the White House.

41. Lincoln was the first president to be assassinated.

42. He was a judge on the circuit court in Illinois.

43. Lincoln defended the son of his most famous wrestling opponent from murder charges.

44. Lincoln battled depression for much of his life.

45. Lincoln was seemingly obsessed with cats.

46. He was set to take part in a duel, but it was cancelled at the last second.

47. Lincoln kept his important documents inside his hat.

48. Lincoln’s dog Fido was killed by a drunken assailant a year after Lincoln died.

49. Lincoln’s suit was made by Brooks Brothers.

50. Lincoln’s guest at Ford’s Theater was Ulysses S. Grant, who cancelled at the last second.