What Year did the American Revolution Start? 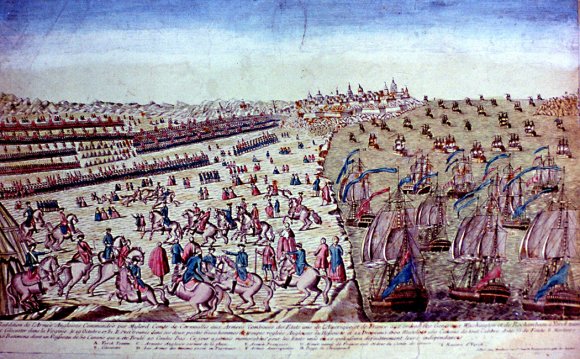 The American Revolution began in 1775 as open conflict between the united thirteen colonies and Great Britain. By the Treaty of Paris that ended the war in 1783, the colonies had won their independence. While no one event can be pointed to as the actual cause of the revolution, the war began as a disagreement over the way in which Great Britain treated the colonies versus the way the colonies felt they should be treated.

Americans felt they deserved all the rights of Englishmen. The British, on the other hand, felt that the colonies were created to be used in the way that best suited the crown and parliament. This conflict is embodied in one of the rallying cries of the American Revolution: No Taxation Without Representation.

First, let's take a look at the mindset of the founding fathers:

Major Events That Led to the American Revolution

The road to revolution built slowly over time. Many events fed the growing desire of the thirteen colonies for independence. Following are the major events that led to the Revolution.
Source: americanhistory.about.com

The Causes of the French Revolution: Economic & Social ...