Effects of the American Civil War 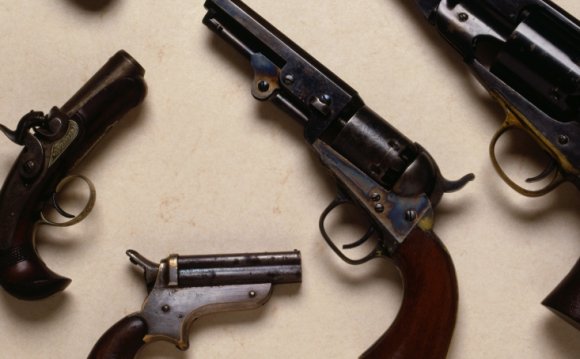 Causes of the Civil War

According to the deal thought of by Henry Clay, if the southern states agreed to the admission of Maine as a free state, Missouri would be admitted as a slave state. In addition, all lands acquired in the Louisiana Purchase north of 36° 30′ N latitude would be free.

This bloody rebellion led by a Virginia slave resulted in new laws forbidding the education of slaves, and further restricting their rights.

The passage of the Wilmot Proviso, which prevented the introduction of slavery into lands acquired after the Mexican-American War, further polarized northern and southern politicians on the issue of slavery.

For many years prior to the Civil War, Northerners helped Southern slaves escape captivity via a secret network of trails, tunnels, and caravans known as the Underground Railroad.

The Compromise of 1850, authored by Henry Clay, was a compromise in the true sense of the word. California became a free state, other territories would vote on the issue, and the Fugitive Slave Law was strengthened.

As the nation pushed close to war over the issues of states rights and slavery, the Kansas Nebraska Act resulted in mass violence in what came to be known as “Bleeding Kansas.”

In a bungled attempt to annex Cuba from Spain, Northern abolitionists became suspicious of a conspiracy to extend the reach of slavery, which further soured relations between the North and South.

In a landmark ruling, the United States Supreme Court ruled in essence that slaves had no rights as United States citizens, even if they had previously lived in free states.

John Brown was a radical abolitionist who tried to start a slave rebellion by seizing a federal arsenal in Harpers Ferry, Virginia. Learn what happened by clicking on the link above

The “straw that broke the camel’s back” was undoubtedly the election of the Northern, Republican president, Abraham Lincoln. Southern states were virtually assured he would eventually abolish slavery.

In response the election of Abraham Lincoln as the 16th president, 11 Southern states seceded from the Union to form their own nation called The Confederate States of America. Lincoln would assume the unenviable task of trying to restore the Union.

Effects of the Civil War

In 1863, citizens in the western portions of Virginia, who opposed secession, petitioned the U.S. Government for statehood. West Virginia became the 35th state on June 20th, 1863.

The Civil War was by far the deadliest war in American history. Well over 600, 000 people died in combat, from disease, or as a result of the Civil War.

The period of time after the Civil War is known as Reconstruction. During this difficult era, the Southern states were gradually admitted back into the Union and the areas destroyed during the war were rebuilt.

The ruined south presented a wide range of economic and political opportunities for ambitious Northerners and Southerners. Scalawags and Carpetbaggers were slang terms used to describe such opportunists.

The result of the Civil War left many in the South bitter toward the integration of African Americans into society. Jim Crow Laws were those meant to punish and ostracize African-Americans in a “legal” manner.

12 HOURS OF A BATTLE - THE CIVIL WAR SOUND EFFECTS

Causes and Results of the American Civil War