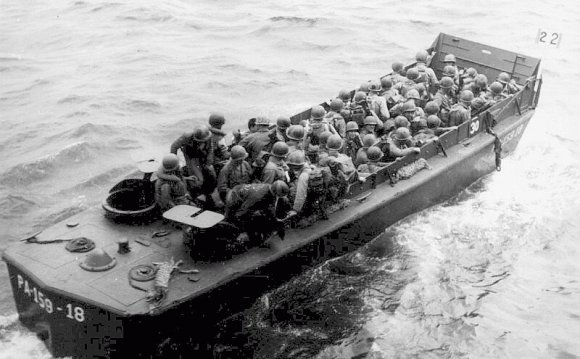 The x-class was a series of submarines built by the Royal Navy during the Second World War. These tiny submarines only displaced 30 tonnes of water when submerged, were 15.55 metres (51ft) long, and carried a crew of 4 (commander, navigator, engineer and diver). There were designed to be towed to the target area by a full-sized “mother” submarine. The X-craft would then be detached and infiltrate the target, laying down two side charges, each containing 2 tonnes of amatol. They would then make their escape and rendezvous with the “mother” submarine to be towed home. The first attack was launched against the German battleship Bismarck. Six X-craft were designated for the operation, but two were lost to accidents en route, and a third suffered mechanical problems. The fourth X-craft was believed to have been sunk by German fire during the attack.

The remaining two managed to lay their charges and seriously damage the Bismarck. Other X-craft played an important role with regards to the D-day landings. One surveyed the invasion beaches beforehand and collected soil samples, and two others acted as lightships during D-day itself to guide landing craft to the correct beaches.

Developed as a so-called vengeance weapon in order to strike back at London, as Allied bomber fleets pounded German cities to rubble, the V-3 cannon was capable to delivering a 140kg (1310lb) shell to a range of more than 161 km (100 miles).

The secret to this enormous range was a number of side channels attached to the 460ft (140m) barrel. These channels each contained an electrically fired propellant charge which helped to accelerate the finned shell to a muzzle velocity of 1500m/s (4920 feet per second). Hitler was most impressed by the prototype, and ordered 25 of them to be built at a site at Mimoyecques, in France. However, this site was heavily bombed by Allied bombers, which forced the Germans to abandon it. Two shorter-barreled versions (164ft) were later built and used against Luxemburg, where they fired a total of 183 shells, only managing to kill 10 civilians and injure 35. Shortly afterwards, both guns were captured by American troops.