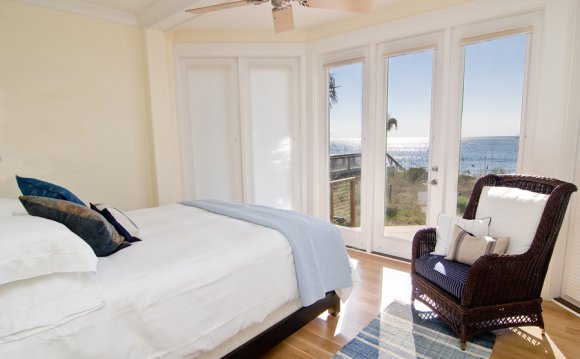 "Heaven and earth never agreed better to frame a place for man's habitation."

John Smith, founder of the colony of Virginia, 1607

Within the span of a hundred years, in the seventeenth and early eighteenth centuries, a tide of emigration -one of the great folk wanderings of history-swept from Europe to America. This movement, impelled by powerful and diverse motivations, built a nation out of a wilderness and, by its nature, shaped the character and destiny of an uncharted continent.

Today, the United States is the product of two principal forces-the immigration of European peoples with their varied ideas, customs, and national characteristics and the impact of a new country which modified these distinctly European cultural traits. Of necessity, colonial America was a projection of Europe. Across the Atlantic came successive groups of Englishmen, Frenchmen, Germans, Scots, Irishmen, Dutchmen, Swedes, and many others who attempted to transplant their habits and traditions to the new world. But, inevitably, the force of geographic conditions peculiar to America, the interplay of the varied national groups upon one another, and the sheer difficulty of maintaining old-world ways in a raw, new continent caused significant changes. These changes were gradual and at first scarcely visible. But the result was a new social pattern which, although it resembled European society in many ways, had a character that was distinctly American.

The first shiploads of immigrants bound for the territory which is now the United States crossed the Atlantic more than a hundred years after the fifteenth- and sixteenth-century explorations of North America. In the meantime, thriving Spanish colonies had been established in Mexico, the West Indies, and South America. These travelers to North America came in small, unmercifully overcrowded craft. During their six- to twelve-week voyage, they subsisted on meager rations. Many of the ships were lost in storms, many passengers died of disease, and infants rarely survived the journey. Sometimes tempests blew the vessels far off their course, and often calm brought interminable delay.

To the anxious travelers the sight of the American shore brought almost inexpressible relief. Said one chronicler, "The air at twelve leagues' distance smelt as sweet as a new-blown garden." The colonists' first glimpse of the new land was a vista of dense woods. The virgin forest with its profusion and variety of trees was a veritable treasure-house which extended over 1, 300 miles from Maine in the north to Georgia in the south. Here was abundant fuel and lumber. Here was the raw material of houses and furniture, ships and potash, dyes and naval stores.

"Heaven and earth, " wrote John Smith in praise of Virginia, the colony he helped found, "never agreed better to frame a place for man's habitation." Of his colony, William Penn, the founder of Pennsylvania, said: "The air is sweet and clear, the heavens serene." As inviting as the climate were the native foods. The sea abounded in oysters and crabs, cod and lobster; and in the woods, there were turkeys "fat and incredible of weight, " and quail, squirrels, pheasants, elk, geese, and so many deer that in places "venison is accounted a tiresome meat." Fruits, nuts, and berries grew wild everywhere, and it was soon discovered that more substantial fare like peas and beans and corn and pumpkins could be easily cultivated. Soon the newcomers found that grain would grow and that transplanted fruit trees flourished. And sheep, goats, swine, and cows throve in the new land.

The new continent was remarkably endowed by nature, but trade with Europe was vital for the import of articles the settlers could not yet produce. Here the coastline served the well. The whole length of shore provided innumerable inlets and harbors, and only two areas -North Carolina and southern New Jersey -lacked harbors for ocean-going vessels. Majestic rivers - like the Kennebec in Maine, the Connecticut, New York's Hudson, Pennsylvania's Susquehanna, the Potomac in Virginia, and numerous others - formed links between the coastal plain and the ports, and thence with Europe. Of the many large North American east coast rivers, however, only Canada's St. Lawrence, held by the French, offered a water passage to the real interior of the continent. This lack of a waterway, together with the formidable barrier of the Appalachian Mountains, long discouraged movement beyond the coastal plains region. Only trappers and traders with light pack trains went beyond the seaboard. For a hundred years, in fact, the colonists built their settlements compactly along the eastern shore.

In New York's fertile Hudson River Valey, soil and climate favored diversified agriculture. On farms such as this one, grain crops, especially wheat, were abundant, and flour was one of the colony's important exports.

The Critical Period of American History.mp4