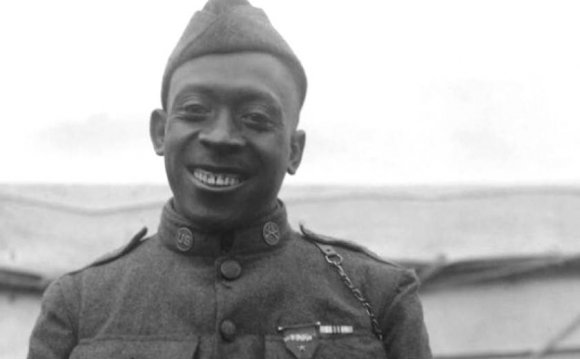 They Answered the Call
Military Service in the United States Army During World War I, 1917-1919
By Mitchell Yockelson

November 11, 1998, marks the eightieth anniversary of the armistice ending World War I. For Americans it is time to reflect upon the contributions made by their forebears in helping to end the deadliest conflict the world had then known. After remaining neutral for three years, the United States reluctantly entered what was supposed to be "The War to End All Wars." By declaring war on April 17, 1917, President Woodrow Wilson committed the nation to join the other Allied countries in their efforts to defeat the Central Powers.

When the war ended, more than four million "Doughboys"(1) had served in the United States Army with the American Expeditionary Forces (AEF). Half of those participated overseas. According to Secretary of War Newton D. Baker, "over 25 per cent of the entire male population of the country between the ages of 18 and 31 were in military service."(2) Previously unknown places such as Belleau Wood, Meuse-Argonne, and Saint Mihiel were etched into the minds of Americans through newspaper reports of battles. Although the United States participated in the conflict for less than two years, it was a costly event. More than 100, 000 Americans lost their lives during this period. Secretary of War Baker reflected upon this when he stated that "while we rejoice that our losses were no heavier we still bear in mind the thousands of homes throughout the country upon which the heavy burden of war has fallen. To these homes the Nation owes a debt of fullest gratitude. From them has sprung unbounded courage to face hardships, heroic strength in battle, the Nation's power to right the wrongs of selfish despotism."(3)

The United States was almost completely unprepared to participate in the war. The manpower and supplies needed to field an expeditionary force were at their lowest numbers since the Civil War. Fresh from chasing Pancho Villa during the Punitive Expedition in Mexico (See Prologue, Fall and Winter 1997), the strength of the United States Army in April 1917 was about 200, 000, 80, 000 of whom served in National Guard units. Even though the National Defense Act of 1916 provided for the gradual expansion of the regular army and reserves, the United States was forced to build an army based on volunteer enlistments and the draft. More than 24 million men registered for the draft, and almost 2.7 million men were furnished to the U.S. Army by conscription. The number of volunteer enlistments was slightly over 300, 000.(4)

Two previous "Genealogy Notes, " Michael Knapp's "World War I Service Records" (Fall 1990) and, with Constance Potter, "Here Rests in Honored Glory: World War I Graves Registration" (Summer 1991), described the complications of searching for personnel files in the custody of the National Personnel Records Center (NPRC) because of the devastating fire there in 1973. They presented ideas on how to utilize a few of the valuable sources in the National Archives, such as the burial files and the troop ship manifests, as alternatives to the lost service records.

The 1973 fire destroyed U.S. Army personnel records created from 1912 to 1963, but it did not damage U.S. Navy and U.S. Marine Corps personnel files. While the fire left a tremendous gap in locating personnel information, the gap may be partially filled in through other extant records. This issue of "Genealogy Notes" goes beyond the scope of the previous articles by exploring a selection of the vast number of additional World War I records in the custody of the National Archives and Records Administration (NARA). These records often provide clues to personnel serving in a variety of capacities in the U.S. Army during World War I. Conducting research in the records described in this article is sometimes a very labor-intensive and time-consuming procedure but, in the opinion of this author, is a task that has the potential for rewarding results.

A basic knowledge of the person's service is essential for a search of the records. For example, if the individual you are researching served in a field-level unit (e.g., cavalry, infantry, field artillery, machine gun battalion), it would be helpful to know the company, troop, or battery to which he was assigned. Often this information can be located from family records like discharge papers or, if the person is deceased, an obituary. Some state agencies such as archives, libraries, or adjutant general's offices maintain records of enlistment for individuals serving from their particular state.

National Guard unit records are not federal records but are in the custody of state repositories. The Genealogist's Address Book, by Elizabeth Petty Bently (Genealogical Publishing Company, Inc., 1995) lists many of these repositories. Researchers should also contact a Department of Veterans Affairs (VA) office in their vicinity to determine if a World War I veteran received a pension or other government benefits.

Without the most basic of information (soldier's full name and the organization in which he served), a search among the unit records will be cumbersome and probably unsuccessful. An indispensable guide to understanding the organization of the War Department during World War I is the Order of Battle of the United States Land Forces in the World War, 1917-19 (Washington, DC, 1949). This four-volume work includes a list of all units that were organized during World War I; a list of all camps, posts, and stations along with the units assigned to these reservations; and a records of events for each corps, army, and division serving overseas. It may be available at a federal depository library.

The following descriptions are designed to provide researchers with information on a selection of documents that may contain information on World War I personnel. By no means is this a complete listing of all World War I records in NARA's custody. The majority of the documents are found in the Records of the American Expeditionary Forces (World War I) (Record Group 120) and the Records of U.S. Army Mobile Units, 1821-1942 (Record Group 391). Other record groups that may contain useful documentation are also cited.