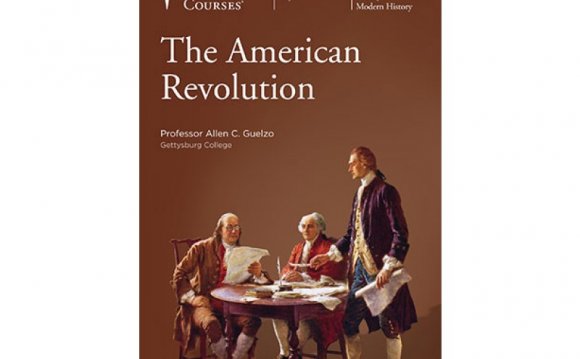 Without a doubt, one of the most important events in all world history (not to mention American history) was the American Revolutionary War. Through the battles that were to take place between

Great Britain and its American Colonies, the face of the world would be changed forever with the birth of a new nation. The Revolutionary War and the significant events that transpired immediately before and after are essential to understand.

The American Revolution set the stage for the creation of the United States of America, one of the most powerful and influential countries in the history of the world. Throughout the years that followed the American Revolutionary War, the fledgling nation would form, expand, and grow to become a dominant power in world affairs by the early twentieth century.

This course will describe many of the key aspects of the war: the precipitous events that led up to the war, the shot heard around the world, the Battles of Lexington and Concord, portraits of American patriots and loyalists, the Battle of Long Island, portraits of Redcoat (British) generals and leaders, Valley Forge, the Battle of Yorktown, the Treaty of Paris, and more. Each lesson will focus on particular aspects of the conflict, drawing to light important facts and other information relevant to the events at hand. This course is ideal for those seeking review, extra tutoring, test prep, or the non-academic hobbyists and life-long learners.

Building the Museum of the American Revolution