Origins of the American Revolution 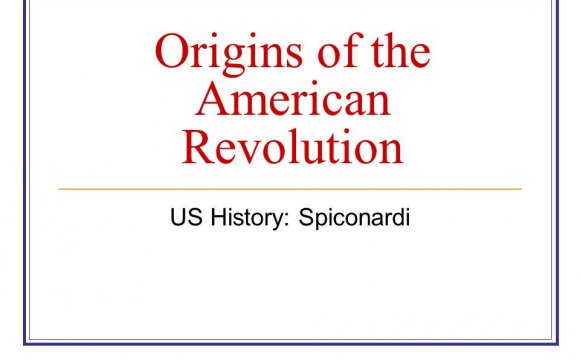 In 1781, as the American Revolution raged, a Connecticut magazine reported that a spectral George Whitefield (1714-1770) had appeared over a regiment of British troops, including Benedict Arnold. So frightened were these British regulars, the magazine claimed, that they burned their British finery. Those familiar with the consumer politics of the Revolutionary period will recognize the political statement implicit in the burning of British goods. With refinement, British clothing, textiles, and other goods had become attractive to well-heeled colonists, who emulated the latest London fashions. As T.H. Breen and others have noted, the wearing of British fashions became problematic during the Revolution. Textiles and other factories began to crop up in the northeast, the start of an American industry.[1]

A spectral Whitefield, scaring the pants off of a regiment of British troops merged religious and political rhetoric into a single image, implying a moral cause for those fighting for independence. Perhaps more interestingly in this case, as a leader of a unit of Continental Troops, Benedict Arnold had visited Whitefield, taking souvenirs (talismans?) from the Grant Itinerant’s coffin. The second implication to this report was that not only had Arnold chosen the wrong side, he had also chosen against the righteous side.

The precise degree to which religion influenced the American Revolution has played out repeatedly in the historiography. Historians like Bernard Bailyn have primarily ascribed a political underpinning to the origins of the Revolution, although Bailyn notes that religious rhetoric crept into the Revolutionary cause.

Historians of religion, including Carla Gardina Pestana, Patricia Bonomi, Nathan Hatch, Mark Noll, and Frank Lambert have described the evolution of a denominationally diverse, if predominately Protestant religious culture from the colonial period onward that, included a significant number of people who were suspicious of an established church, as well as undue influence from a bishop from overseas.[2] My goal here is not to settle this debate in a short blog post, but rather to describe how I approach these questions when I teach Revolutionary religious culture to my undergraduate students.

Benedict Anderson has described nations as “imagined communities.”[3] National identity was constructed from print culture, debates over politics, the construction of national ritual, and also debates about the role of religion in American life.[4] I describe religious identity as part of a debate that begins before the American Revolution. Religious Toleration varied considerably by colony. The roots of the challenge that a young republic would face in defining and describing its religious culture pre-dated the Revolution considerably.

As the example of the ghost of George Whitefield demonstrates, religion became part of the Revolutionary rhetoric for some Americans, as well as deeper questions about religious liberty and the role between church and state. The American Revolution dragged on longer than expected (particularly for the British, who had envisioned a rather speedy victory). The death toll and other suffering meant that colonists looked for evidence of the righteousness of their cause. Some Revolutionary-era preachers used their pulpits to blend politics and religion for that purpose. Jonathan Mayhew, the fiery minister of Boston’s Old West Church, preached a series of sermons based on Romans 13, arguing that King George III had abused his authority and ought to repent. He was not alone—other ministers drew all manner of inspiration from The Old Testament to claim righteousness of cause. A number of revolutionary leaders, including George Washington, became subject of deification. The image from the interior of the rotunda on the Capital building, depicting George Washington being raised to the heavens (see left) provides wonderful opportunities for discussing with students both the use of religious imagery during (and after) the American Revolution, and also how this deification shaped the way people came to think of these deified leaders.

Religious rhetoric was one thread of the Revolution, although I caution my students that the reasons for the Revolution were multifaceted and complex. American religious identity would become further complicated during the Early Republic. While the United States was not entirely free of its entanglements with Great Britain (as the War of 1812 demonstrates), independence meant that a national identity—legal, political, and cultural—would have to be crafted from thirteen colonial cultures that no longer had the united cause of independence from Great Britain. The dawn of the nineteenth century also came with the additional challenge of religious pluralism that not every American wished to accommodate.

Colonies in the British Empire/Origins of American ...