British view of the American Revolution 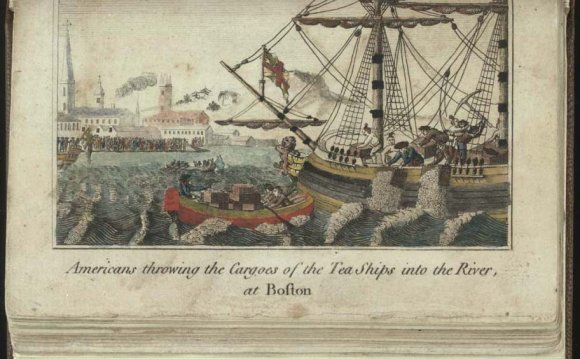 Thomas Jefferson was worried. The year was 1784, and he was in Europe to negotiate trade agreements on behalf of the newly independent United States. But the republic had a problem with its image. So Jefferson decided to set the record straight with an article in Europe’s leading newspaper, the French-language Gazette of Leiden. "America, " he wrote, characterizing the prevailing view, "is a scene of … riot and anarchy." According to European newspapers, Congress was weak, the states were in turmoil, and people were fleeing to Canada. None of this was true, Jefferson assured the Gazette‘s readers. The trouble was that printers on the continent had "not yet got into the habit of taking the American newspapers. Whatever they retail … on the subject of America, they take from the English." And the English view was not flattering.

Today, as the Arab Spring roils the Middle East, mixing hopes for reform with fears of betrayal, it is worth remembering that we have been here before. More than 200 years ago, the American Revolution captured the world’s attention much as events in Egypt, Libya, and Syria have over the past year. Then as now, most of what people knew about foreign events came from the media. In Jefferson’s day, the leading outlets were pamphlets, journals, and newspapers, not the electronic venues that currently predominate. Yet the effect was the same: Some of the information was accurate, while a good deal was not. Either way, Britain was the chief international source for news about America, and British writers had a lot to say.

Because the British press was the freest in the world at the time, opinion on the revolution was hardly uniform. For people on the margins of British politics — manufacturers in cities that were not represented in Parliament, humble men and women who shouldered much of the war’s fiscal burden without having a say in its conduct, and religious dissenters of all descriptions — the American Revolution was an event to be celebrated: a "new order for the ages, " in the words of the motto that Congress adopted for the United States, and an example to be followed. Although outright support was limited, several of England’s most popular newspapers expressed sympathy for what the Westminster Chronicle called their "brethren" in America. George Washington, in particular, was widely admired, with even hostile papers depicting the general as "a man of sense and great integrity, " in the words of Edinburgh’s Scots Magazine. Americans, wrote Thomas Pownall, a former British governor of Massachusetts and friend of Benjamin Franklin, in a widely read pamphlet from 1783, were the New World’s "chosen people."

But many Britons took a different view of the United States, and they found a receptive audience among readers of newspapers that supported the British government. As with the Arab Spring today, the British felt threatened by the American Revolution in part because their own country had done so well under the order that the revolution sought to topple. Writing in 1776, the author of an English pamphlet warned that the loss of America would dismember Britain’s empire by "inclosing [sic] us within the confined seas of England, Ireland, and Scotland." Mindful that Congress was seeking allies in Europe, others worried that Britain’s rivals, especially France and Spain, would use the Revolutionary War to expand their empires at Britain’s expense, and there were fears that George III’s colonies in Canada and the West Indies might someday follow the Americans’ example. Whether America’s bid for independence succeeded or failed, Britain stood to lose a great deal from the attempt.

In an echo of worries about the fate of minority groups in the Middle East today, the United States also encountered scathing criticism because of Americans’ treatment of blacks and Native Americans. In Taxation No Tyranny, published in 1774, Samuel Johnson, the compiler of the first modern English dictionary and an influential British writer, set the tone, asking readers how it was "that we hear the loudest yelps for liberty among the drivers of negroes." During the Revolutionary War, some of the most militarily powerful Native American nations in North America heeded the danger to their own interests and sided with Britain. Equally threatening to slaveholders like Jefferson, enslaved African Americans in Virginia and the Carolinas, emboldened by British promises of freedom, fled by the tens of thousands to take up arms in the king’s forces. When the British evacuated New York in 1783, they took more than 3, 000 with them. One, a Virginia freedman named Harry Washington, eventually settled in the African colony of Sierra Leone, where he built a plantation that he named Mount Vernon in honor of his former master.

According to most British writers, though, the biggest uncertainty of all was whether the United States — a nation founded in the "criminal enterprise" of rebellion, as the English historian Edward Gibbon wrote in 1780 — would ever be a worthy treaty partner for Britain and the other nations of Europe. In the Declaration of Independence, Jefferson promised that the former colonies would be good international citizens, yet the United States often seemed more like an international rogue. In the British press, two issues in particular stood out in this regard: the money that Americans had borrowed from British merchants before the revolution, and the property that state governments seized from Loyalist exiles after independence. To this day, estimates vary as to the sums involved. In Virginia alone, the prerevolutionary debt to British creditors was said to exceed £2 million, while the number of Loyalists who lost property and left the United States was at least 60, 000 men, women, and children, and possibly more. Whatever the true figure, Congress lacked the authority under the Articles of Confederation, which served as the first federal constitution, to compensate the war’s British victims, and the states refused to do so.

People of the American Revolution

The American view of the British