Acts of the Revolutionary War 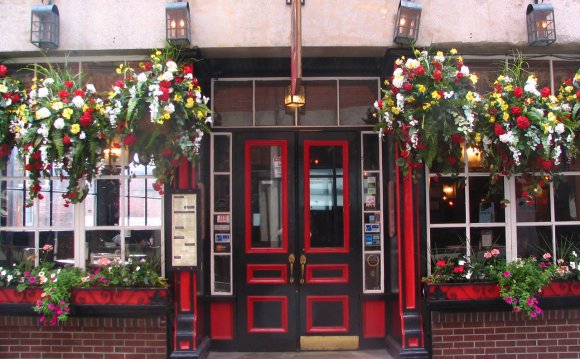 There can be no doubt that taxation without proper representation set the stage for the Declaration of Independence and the American Revolutionary War. Britain’s debt skyrocketed in the decade before the war and King George III made matters worse by wrongly thinking a heavier tax burden was the solution.

By 1763, taxes were intolerable in Britain and still rising. Previous advisors to the king avoided the issue of taxing the colonies because it was unpopular on both sides of the Atlantic. But during the next four years, the British Parliament began passing laws to raise money through taxing the American colonists. These laws caused severe financial hardships in the colonies and began to engender anger toward the British government. Four acts instituted during this period can be seen as the prelude to the inevitable revolt that would follow.

The Sugar Act placed a tax on molasses, sugar, and other products imported into the American colonies from places outside the British Empire. A similar law, called the Molasses Act, had been passed in 1733, but the people had not obeyed for two reasons:

Any time a government does not enforce a law, people start ignoring it. In this case, the colonists openly turned to smuggling—bringing in sugar and molasses secretly to avoid paying the tax. By not enforcing its laws, Britain allowed the colonists to get used to running their own affairs.

The British Parliament became determined to enforce the new sugar act of 1764. When the British suddenly stiffened enforcement of the law, the colonists resented it. The British used naval patrols and royal inspectors to search colonial warehouses and even private residences, thus angering the colonists further.

The British even offered to share the taxes with any citizen who reported friends or neighbors who were smuggling. If the person was found guilty, the police who arrested the smuggler and the judge who found him guilty could also receive a large reward. The result of this was difficulty for someone accused of smuggling to get a fair trial. Many colonists became deeply angered by this unfair system.

Not long after passage of the Sugar Act, Parliament enacted another new law—a law which would plunge the colonies into financial depression. Businesses had been expanding quickly in the colonies. Small fortunes were already being made as the colonists begin to develop the bountiful eastern half of North America. Shipbuilding was already a big industry. Colonial shipyards were building one-third of all the merchant vessels sailing under the British flag.

To make business easier to pursue, the colonies created their own paper money. It was called colonial scrip. It was money issued by colonial governments for the benefit of the people in general. British bankers didn’t like this. With the colonies printing their own money, America’s economy appeared to be getting out of the control of Britain.

To prevent this, the British Parliament passed the Currency Act of 1764. This made colonial scrip illegal and forced the colonists to exchange it for British money, issued by the Bank of England. To make matters worse, the British only gave the colonists one Bank of England note for every two notes of colonial scrip. As Benjamin Franklin put it, “the circulating medium of exchange was thus reduced by half.”

Suddenly, all-American products for half price! The Americans had to pay twice the price for all the British products they bought. Cutting the money supply to the colonies in half caused tremendous financial problems. Concerning the Act, Franklin wrote:

“In one year the conditions were so reversed that the era of prosperity ended, and a depression set in, to such an extent on the streets of the Colonies were filled with the unemployed.”

In fact, Franklin believed that the anger caused by this depression was one of the major factors for the Revolutionary War.

The following year the British Parliament passed even more inflammatory laws. The first of these, the Quartering Act, made the colonies provide barracks and supplies to house or quarter British troops stationed in America. Most Americans believed that the British Army was present just to keep the Americans in line, so the Quartering Act was deeply resented by many.

For years, the British government had taxed her citizens for all kinds of official paperwork. In 1765, Parliament passed similar laws in America which taxed licenses, college diplomas, playing cards, advertisements, newspapers, and legal documents such as deeds to lands or mortgages on property. The Act derived its name from the stamp which was put on the documents or materials to show the tax had been paid.

Bande-annonce Act of War : Direct Action : Best of the Beast ?

Leaders of the Revolutionary War