American Advantages in the Revolutionary War 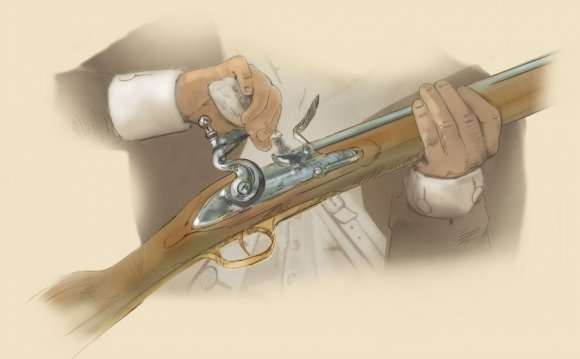 George Washington called the American victory in the Revolutionary war “little short of a standing miracle.” In 1776, an overwhelming British army had defeated his poorly trained force, driven them out of New York City, and chased them across New Jersey. Washington then lost Philadelphia, and his men had barely survived the wretched winter at Valley Forge. In 1780, the British captured the major southern port at Charleston, imprisoning the American garrison there, and utterly defeated a second patriot army. Before that year was out, his long-suffering troops were on the verge of mutiny and one of his senior generals had gone over to the enemy.

A year later he had effectively won the war. How was it possible? Of the many factors that influenced the war’s outcome, here are the ones that were among the most decisive.

The British should have won because . . .

. . . they had a professional military establishment. Although we often think of the redcoats as hardened veterans, most were raw recruits. But the British military establishment was well organized and formidable. They enjoyed a very seasoned officer corps, many of their top generals having joined the ranks as boys and seen action in wars with the French. They were well versed in military theory and how to apply it. Just as important, the British had a robust governmental bureaucracy devoted to war. Various ministries, boards and departments were experienced in supply, armaments, transportation, accounting, and the other logistical duties that are the foundation of any military effort. The Americans went to war with amateur officer and untrained troops; and they lacked the organization needed to supply and maintain an army in the field.

. . . they had naval superiority. Even more than their crack army, the British navy gave the nation a crucial advantage in a war against Americans, who were concentrated in a string of coastal settlements. Almost all of America’s major cities, from Boston to New York to Charleston, were vulnerable from the sea. The British could move troops, guns and supplies at will; the patriots were forced to trudge along notoriously bad roads.

. . . they had a fifth column. The colonists’ task would have been hard enough if they had been united. But many colonials were determined to stay loyal to the king, and a good portion of them were willing to take up arms against their more radical countrymen. When the British captured a city like New York or Philadelphia, they were welcomed as liberators by much of the population. Tory spies contributed significantly to British intelligence. Much of the British strategy, from the beginning of the war until the end, was aimed at encouraging and supporting uprisings of armed loyalists who would sweep the deluded patriots aside and restore order in the colonies.

The Americans did win because . . .

Washington Crossing the Delaware by Emanuel Leutze, 1851. Image is in the public domain, via

. . . they had an organized militia. Because of the persistent myth that it was raw American citizen-soldiers who defeated the arrogant British, historians have had to emphasize that militia units, the true citizen-soldiers, did not form the backbone of the American military. It was the Continental Army that won battles, but local militiamen performed two immensely valuable services: they secured the home-front, responding quickly to any British incursion, and they reinforced the Continentals during crucial battles. Lightly trained militiamen often proved unreliable fighters, but at critical moments, from Bunker Hill to Kings Mountain, they showed remarkable courage and prevailed.

. . . they won the support of France. The French declaration of war on Britain in 1778 was tremendously heartening for the patriots. France had the wealth, the guns, the troops and the ships. At first the alliance failed to bear fruit. Joint operations at Newport, Rhode Island and Savannah, Georgia, disappointed both sides. Yet French muskets, uniforms, gunpowder and money helped sustain the Continental Army. French soldiers and sailors enabled Washington to trap and defeat British General Cornwallis at Yorktown. The threat from French forces required Britain to transfer resources to the West Indies and even to worry about a French invasion of their sceptered isle. It was from this wider war that the American patriots to emerge victorious.

. . . they persevered. Americans won their independence because they continued to fight. Again and again during the war, they reached points when they could have thrown in the towel. At times, the Continental Army seemed only weeks or days from disbanding. In spite of defeat after defeat, in spite of no pay, rampant disease and inadequate supplies, they kept at it. George Washington was no military genius. But his faith in the cause, his determination to fight, and the mutual love he came to share with his officers and men carried him through many dark nights. “He never has more resources, ” a Frenchman observed, “than when he seems to have no more.” Inspired by leaders like Nathanael Greene and Anthony Wayne and Henry Knox, thousands of men gave up their youth, their health, and sometimes their lives, for independence. Against such perseverance, it was the British who finally had to admit defeat.

New era in the war on cancer: Revolutionary treatment that ...

Advantages in The American Revolution