Landing on the moon date 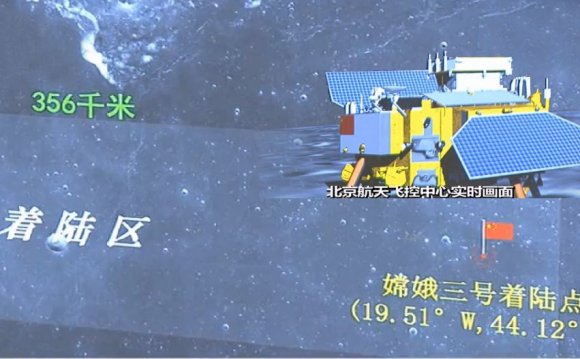 Follow the ramps of the Guggenheim through the exhibition On Kawara—Silence, and you will see Kawara’s Today series—each painting displaying a single date—unfurl before you. Among these, there are three, from July 1969, that might particularly catch your attention. They are larger than most of the other paintings; grouped together, they are accompanied by boxes containing newspapers from the dates in question. If the year and month aren’t immediately significant to you, a headline tells the story: “Man Walks on Moon.”

Some dates are widely accepted as belonging to collective memory, moments marked by events that, when raised as a topic of conversation, seem almost to demand an exchange of personal recollections. Especially in recent decades, the media has influenced the way we connect with these dates both individually and as a community. Kawara’s three “Moon Landing” paintings were produced during the time of the Apollo 11 lunar mission in 1969—a period that certainly can be counted among those “where-were-you” times that were intensified by the media. July 16 was the day of lift-off; July 20 was the day when the shuttle landed; and on July 21, Neil Armstrong set foot on the moon’s surface for the first time. Guggenheim curator Jeffrey Weiss, who was a child at the time of the Apollo mission, says, “I remember it was quite a strange and dramatic event.” He notes that its impact was felt internationally, and that artists who were contemporaries of Kawara, such as Cy Twombly and Robert Rauschenberg, also responded to the moon landing in their work.

In taking all of this into account, these events might seem like obvious ones for the artist to choose and feature in this way. However, anyone who has encountered Kawara’s work, either in this exhibition or elsewhere, knows that his choices are rarely “obvious.” Part of what makes Kawara’s work so compelling is the way his practice seems to reflect a paradox: while it is deeply systematic, it largely manages to elude systematic analysis. The logic of the work shifts before our gaze, often leaving us with a lasting impression of complex intelligence and keen humor.

Kawara devoted a great portion of his practice to recording dates, producing several thousand “Date Paintings” between 1966 and his death in 2014, and the majority of the dates he documented are not ones that are writ large on the collective unconscious. The anonymity of those dates, so meticulously recorded, possesses its own seductive logic: here is life laid out before us in a way that possesses a kind of quotidian grandeur. The very premise of the series seems to be that, despite changing events, one day is no more, nor any less, significant than the last. Yet, in addition to the Moon Landing group, other paintings appear to be linked to specific events both monumental and small. For instance, as curator Anne Wheeler points out, the painting of the date September 13, 2001 is accompanied by a box bearing a newspaper with an image of the Twin Towers burning. Wheeler notes that Kawara lived in lower Manhattan at the time, so he was unable to paint on September 11. Other paintings reveal dates of an even more personal significance. A 1972 painting, for example, painted on the date of a friend’s daughter’s birth, bears the child’s name as the subtitle. Twenty years later, another painting marks a death, that of John Caldwell, a curator at the San Fransisco Museum of Modern Art who worked with the artist. Kawara eventually donated this painting to the institution.

So the train of unmarked days sometimes seems to possess a changing shape when the artist responded to events that interested or affected him. The artist never explained this apparent tension between personal significance and randomness in his choice of dates, nor did he share reasons for giving what seems to be special attention to the three large paintings of July 1969. However, Weiss says that Kawara’s interest in space exploration is familiar to friends and historians: “Space travel, space exploration, was compelling to him. People say this about him, and I even remember him bringing it up.” Over the years, Kawara also kept articles about space travel in the binders of clippings that formed another part of his practice. Weiss reflects that Kawara’s focus on space exploration “has to do with the history of consciousness, which was a topic that he believed to be at stake in his work.”

Perhaps, with this emphasis on the theme of consciousness in mind, we can find another way to look at the relationship in Kawara’s work between the banner days of the moon landing and all of the other, apparently less significant days. Standing before Kawara’s Moon Landing paintings, along with their newspapers, all of the context that we have absorbed—television footage, photographs, memories and anecdotes—seems to envelop the works in a cloud of attendant meaning. Walk further along the ramp, and we see dates on which no event of that magnitude took place. Our personal memories may still influence our individual understanding of those years, months, and days, if we lived through them. Yet, Kawara has stepped in to foster our communal experience of the dates whether we remember them or not, giving us new points of reference through his newspaper boxes. Media shaped our shared understanding of the moon landing and of September 11; for the other, less momentous dates, Kawara gives us media—the newspapers—refracted through his own lens. As we look at the dates and papers, a new shared experience forms. Together we develop a fresh set of associations around the dates, and connect them with new images. In this way, as we leave the Guggenheim, we take with us an impression of On Kawara’s personal encounter with the world history of his own time.

Shayman - Landing on the Moon

Moon landing Man on the Moon