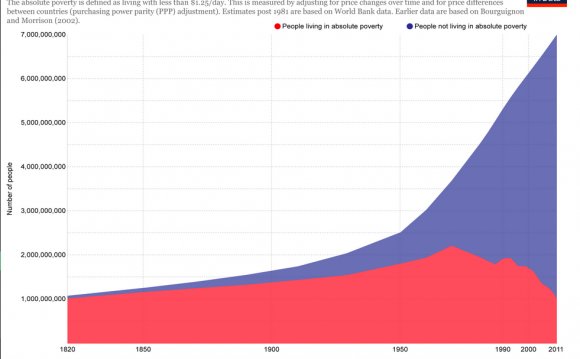 Britain has a long and proud history as a hotbed of innovation. We led the Industrial Revolution over 200 years ago when scientific leaps and technological innovations brought enormous economic benefits and improvements to living standards.

The innovations of that time were responsible for radically re-drawing the roadmap of British manufacturing. Manchester became the world’s first industrial city – the original Northern Powerhouse – and mass production paved the way for a golden age of British industry.

Today, we are living at a time of rapid technological change with innovations in fields such as big data, robotics, drones and synthetic biology holding the potential to revolutionise the way we work and live our lives – bringing big opportunities for businesses to tap into these lucrative new markets.

Britain is already committed to open, competitive markets and ranked the top country in the G7 for ease of doing business, according to the World Bank. We’re also ranked second in the Global Innovation Index and 10th in the WEF Global Competitiveness Report.

And we have the talent, skills and potential to be a similarly dominant force in what is being called “the fourth industrial revolution”. Central to my discussions with politicians and business leaders at the World Economic Forum in Davos last week was the issue of how Government can provide a more agile and appropriate response to changing consumer and business markets.

This question is fundamental to our success – collaboration between Government and business should be at the heart of all that we do.

As Business Secretary, I want to make the UK a beacon of new ideas and innovation.

In recent months we have set out how we will increase competition in a free and fair marketplace, deliver the right skills base and drive up productivity to create a more prosperous nation and secure rising living standards for our citizens.

The global firms which lead the way on innovation have labour productivity over 10 times higher than the rest. I want the whole of Britain to experience these benefits.

In the coming months, building on the success of these plans, I will launch a new Innovation Plan, bringing together the whole of government to support and drive forward innovation.

This Government has already safeguarded £6bn of science and research investment, protected funding for Catapult Centres and committed financial support to aerospace and automotive developments over the next 10 years, with further investment in the Aerospace Technology Institute and Advanced Propulsion Centre.

The new plan will be for all levels of business, from SMEs like London’s Buffalo Grid who created solar-power mobile chargers for people in rural communities, to our biggest innovators like pharmaceuticals giants GlaxoSmithKline.

It will also help ensure that the money invested by all departments on all forms of innovation is spent in an effective, joined-up manner and focus Whitehall minds on the need for innovation within government, including whilst using our annual £250bn spend on procurement.

I want to be clear. My approach is not limited to those sectors who have already experienced great success and support – I hold an open door to any industry with the desire to create more effective processes, products and ideas, for better productivity and performance.

It’s important to highlight that support for innovation doesn’t just benefit the innovators.

By allowing new entrants into markets we force existing providers to raise their game and provide a better service for the public.

I want to make the UK the world leader in disruptive and emerging technologies, from graphene to driverless cars. Businesses like Uber, which has revolutionised the taxi cab landscape in London, and the Deliveroo food delivery network which provides more choice to customers and more business opportunities to restaurateurs.

On Monday, I will officially mark the opening of the new UK HQ of Airbnb. From castles in Carmarthenshire to cottages in Cornwall, Airbnb challenges historic ways of booking accommodation giving consumers more choice.

Last year, government officially recognised the benefits of the sharing economy by accepting the majority of recommendations to make the UK a global leader in this emerging sector. One of these was for a trade body to be set up - Sharing Economy UK – and tomorrow it will be publishing a report that takes a new look at the measurement of productivity and the economic benefits of the sharing economy.

And we’ve taken action to specifically help more people benefit from the home sharing revolution; reforming legislation on short-term letting to allow residents in London to rent out their property for up to 90 nights a year without planning permission. And the Chancellor announced an extension of the tax relief for people renting out their rooms from £4, 250 to £7, 500.

The opportunities for businesses and for entrepreneurs are huge – indeed already Airbnb is valued at over $25 billion. But ultimately the benefits are for consumers.

The Dawn of Innovation: The First American Industrial ...

4th Industrial Revolution due to Innovation Happening at ...