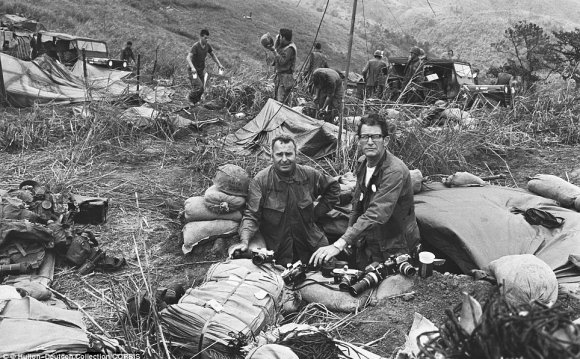 U.S. involvement in the conflict on the Korean peninsula began fifty years ago, after the Communist invasion of June 1950. Almost twenty-five years later, the North Vietnamese stormed the U.S. embassy in Saigon, officially ending our involvement in the conflict in Southeast Asia. Between those two landmark events, over ninety thousand U.S. military personnel died in service to their country while serving in the Korean and Vietnam conflicts. Among electronic records holdings in the National Archives and Records Administration (NARA) are the records of those heroic individuals, available to all who are interested in knowing some details of their ultimate sacrifice. Researchers are interested in these records for a variety of reasons. They may be individuals seeking to determine the fate of a comrade-in-arms or document their own experience of traumatic stress. They may be family members wanting to understand more about a loved one's final demise, local committees compiling lists of names for a memorialization effort, or government agencies and veterans service organizations seeking to compile lists of casualties to better serve their constituents. Increasingly, especially as the span of time increases and these conflicts become part of a more distant past, genealogists are making use of these records to document the end of military service for one of their ancestors.

Among the online resources available to genealogists are the state casualty list extracts generated from two electronic records files in NARA's custody. These files, known as the Korean Conflict Casualty File (KCCF), 1950-1957, and [Southeast Asia] Combat Area Casualties Current File (CACCF) in the Records of the Office of the Secretary of Defense (OSD, Record Group 330), may be found at the NARA web site online The practice of publishing casualty lists derives from a long tradition of honoring the war dead. Many local communities have asked the Office of the Secretary of Defense for listings of casualties geared directly toward their specific memorialization efforts. NARA holds the published listings from World War I and World War II, and when we received the initial transfer of the [Southeast Asia] Combat Area Casualties Data Base (CACDB), from which the CACCF is generated, we also assumed responsibility for creating state list extracts from that file. One of the most notable examples of the use of casualty records for memorialization was the compilation of the names that appear on the Vietnam Veterans Memorial ("The Wall") in Washington, D.C.

In the late 1970s, OSD compiled the KCCF database from records supplied by each of the military services. While details of the exact origins of the KCCF are sketchy, the impetus for its creation grew out of an apparent demand for lists of Korean casualties for memorialization purposes. NARA received the KCCF from OSD in 1980 and generated state list extracts of records for Korean conflict casualties.