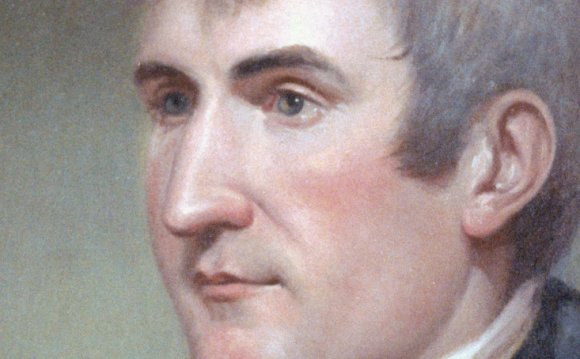 Meriwether Lewis and William Clark were born simultaneously in neighboring counties in Virginia on August 1, 1773. Oddly enough, it was precisely 30 years and 30 days after their birth that they began what would become their legacy, the expedition that today bears their name. But all of that was to come later in the varied and fascinating parallel lives that each of them led.

Though they grew up within spitting distance of each other (once when he was 9, Clark was in fact reprimanded by Lewis’s father regarding a suspicious pile of watermelon seeds near the Lewis’s yard gnome), they attended different schools, different churches, and only knew each other in passing. In middle school, both students were good students, their favorite class being the Exploratory period.

They both were entranced by the voyages of such famous explorers as Christopher Columbus, Henry Hudson, and Ferdinand Magellan, and in 1795, they became the charter subscribers to the National Geographic Magazine. Both were so mesmerized by the stunning color photographs in the glossy publication that they determined–completely separately–to become world-famous explorers.

Their dream didn’t become reality right away, however. It wasn’t until 1803, when Thomas Jefferson saw an intriguingly brief posting by Napoleon Bonaparte on Craig’s List for a large tract of land:

For Sale: Louisiane, a tract of land in the middle of the North America. Acreage unknown. Contains the fourth longest river in the world. €60, 000, 000 OBO, local shipping included. Serious inquiries only.

Jefferson of course won the item, outbidding both Sam Walton and Oprah Winfrey. The next day, during a televised address, Jefferson announced a search for a brave soul to lead a party to explore and document the new addition to the American landscape. Clark and Lewis both applied for the position. Jefferson reviewed them both and, concluding that they were equally qualified, decided to hire the one who had submitted the application first. To his surprise (and the dismay of the Congressional Human Resources Director who had to pay salary and benefits for the leader), Jefferson discovered that both resumes had arrived at the same moment and the White House Postmaster could not recall which one was on top of the pile.

Left with no other choice, Jefferson hired them both. On August 31, 1803, Lewis and Clark began a 3-year journey to document and map the entire Louisiana Purchase. Upon their return, they submitted the following report to Jefferson:

Report of the Corps of Discovery:

Medical report: the only significant injury took place August 11, 1806 when a half-blind member of our group spotted Lewis and, thinking him to be an Elk, shot him in the leg.

Lewis and Clark were immediately fired from government service for their shoddy work, and were never again able to find employment as Wilderness Explorers. If not for the fact that they turned to their second love, music, we might never have heard of them. They finally found success, however, when they formed their world-famous folk-rock band, The Louis and Clark Expedition.

The True Story of Lewis and Clark - Studio C

The Lewis And Clark Expedition