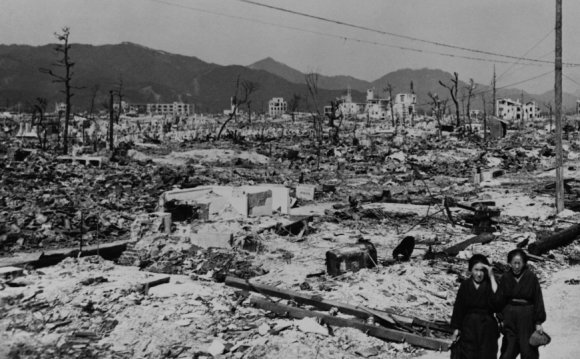 After the defeat of Japan in World War II, the United States led the Allies in the occupation and rehabilitation of the Japanese state. Between 1945 and 1952, the U.S. occupying forces, led by General Douglas A. MacArthur, enacted widespread military, political, economic, and social reforms.

Allied Occupation in Japan after WWII

The groundwork for the Allied occupation of a defeated Japan was laid during the war. In a series of wartime conferences, the leaders of the Allied powers of Great Britain, the Soviet Union, the Republic of China, and the United States discussed how to disarm Japan, deal with its colonies (especially Korea and Taiwan), stabilize the Japanese economy, and prevent the remilitarization of the state in the future. In the Potsdam Declaration, they called for Japan’s unconditional surrender; by August of 1945, that objective had been achieved.

In September, 1945, General Douglas MacArthur took charge of the Supreme Command of Allied Powers (SCAP) and began the work of rebuilding Japan. Although Great Britain, the Soviet Union, and the Republic of China had an advisory role as part of an “Allied Council, ” MacArthur had the final authority to make all decisions. The occupation of Japan can be divided into three phases: the initial effort to punish and reform Japan, the work to revive the Japanese economy, and the conclusion of a formal peace treaty and alliance.