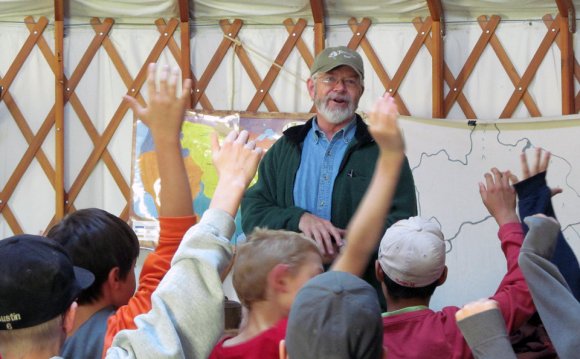 Boating accidents were mentioned a number of times in the journals kept by expedition members. Some of the men could not swim, and it is fortunate that no person drowned. One of the most serious mishaps occurred on April 13, 1805, when a pirogue containing the medicines, instruments, merchandise, Sacagawea and her child, and three men who could not swim went out of control. Water was within an inch of the gunnels, and precious articles were floating away. Lewis describes Sacagawea’s calm response in his journal, “The Indian woman to whom I ascribe equal fortitude and resolution, with any person on board at the time of the accedent, caught and preserved most of the light articles which were washed overboard.”

Lewis writes of a later incident in August 1805:

One of their canoes had just overset and all the baggage wet, the medicine box among other articles … Whitehouse had been thrown out of one of the canoes as she swing in a rapid current and the canoe had rubed him and pressed him to the bottom as she passed over him and had the water been 2 inches shallower must inevitably have crushed him to death.

Several expedition members experienced serious falls in the rugged mountainous terrain, and Lewis had more than one that could have ended in tragedy. The first occurred within days of his departure from the winter camp near St. Louis. While examining Indian pictographs on rocks soaring three hundred feet above the Missouri River, he slipped and fell twenty feet before stopping himself.

… I heard a voice behind me cry out ‘god god Capt. what shall I do’ on turning about I found it was Windsor who had sliped and fallen …
—Meriwether Lewis, June 7, 1805

About a year later, in June 1805, incessant rain made the route through the Rockies dangerous and slippery. Lewis recorded his and Private Richard Windsor’s near-death experience in his journal. After slipping at a narrow pass, Lewis saved himself by means of his espontoon from being “precipitated into the river down a craggy precipice of about ninety feet.” He had scarcely reached a place of safety when he heard a voice cry out. Windsor was prostrate on his stomach with his right arm and leg dangling over the precipice. He was barely holding on with his left arm and foot. Lewis calmly directed Windsor to use his right hand to take his knife out of his belt, dig a hole for his right foot to support himself, and crawl to safety.

Those who have remained at camp today have been busily engaged in dressing skins for cloathing, notwithstanding that many of them have their feet so mangled and bruised with the stones and rough ground over which they passed barefoot, that they can scarcely walk or stand; at least it is with great pain they do either. For some days past they were unable to wear their mockersons.

The next day Lewis refers to the “great abundance of prickly pears which are extremely troublesome; as the thorns very readily perce the foot through the Mockerson; they are so numerous that it requires one half of the traveler’s attention to avoid them.” The men soon learned to put a double sole on their moccasins to gain some protection from the sharp spines. This was not an option for Lewis’s dog Seaman who, “suffers with them excessively, he is constantly binting and scratching himself as if in a rack of pain.” Clark also complained of prickly pears and one evening pulled out seventeen thorns by the firelight.

The Corps of Discovery encountered this plant throughout the Plains where Lewis wrote that it, “forms one of the beauties as well as the greatest pests of the plains.” The cacti became even more problematic when they left the Missouri and traveled overland around Great Falls in present-day Montana. The ten-mile portage required eleven days and four trips to transport supplies and boats. The explorer’s thin moccasins were not sufficient protection from the sharp spines of the cacti.

While wintering on the west coast, the expedition members sewed 338 pairs of new moccasins to counteract the cold and cacti that they would face on the return journey. In spite of their preparation the travelers suffered on the trip home. In April 1806 Clark states, “most of the party complain of their feet and legs this evening being very sore.” Evidently the Corps of Discovery followed Benjamin Rush’s suggestion to wash their feet in cold water. Clark found this practice provided him with “considerable relief” from the pains and aches of his feet.

The men routinely used axes, knives, and adzes. Not surprisingly, they occasionally suffered from self-inflicted lacerations. John Potts badly cut his leg on the return journey, and Lewis had difficulty stopping the bleeding until he applied pressure. According to John Ordway, “Lewis Sowed up the wound and bound it up.” Within four days Pott’s leg was inflamed and painful, but after another five days Lewis was able to write, “Pott’s legg which has been much swollen and inflamed for several days is much better this evening and gives him but little pain, we applied the pounded roots and leaves of the wild ginger from which he found great relief.”

HD Trailer - Lewis and Clark : The Journey of the...

Lewis and Clark: the journey to the West