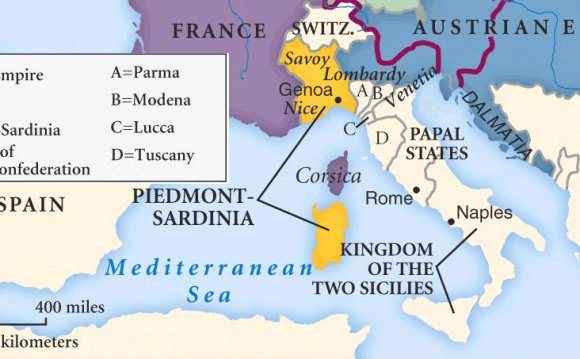 A common complaint about old houses is the lack of closets. Theexplanation is simple; before the Industrial Revolution the average person owned little more than the clothes he or she was wearing and a few tools and implements, all of which were expensively made by hand. Machines changed all that, making mass produced goods abundant and affordable; the most important piece of this new machinery was the steam engine.

The most basic one, the aeopile, was invented in ancient times by Hero of Alexandria, but it was little more than a toy, basically a revolving sphere which was put to no practical use. This changed in the 17th century, when an Italian engineer, Giovanni Branca, invented the first modern steam engine, one that turned a turbine and thus could be used to do actual work.

He was born in 1571 in the town of Sant Angelo in central Italy. Not much information is available about his early life, but he apparently studied mathematics, engineering and architecture, finding work in various projects around his area. In 1616 he was appointed by the Duke of Urbino to the prestigious position of Superintendent of Works in Loreto.

Besides his official duties he designed various inventions, which, along with those of others, he eventually published in book form in his best known work, written in Italian and Latin, Le Machine (The Machine). Rather than expensive engravings, it is illustrated with 63 economical woodcuts of various ingenious devices, including his steam engine. This was basically a large spheroid shaped boiling vessel which ended in a tapered neck that emitted a powerful jet of steam that was directed towards the blades of a paddle wheel. He explained that with proper gearing, rods and shafts it could be used to power grinders, stamping machines, lumber mills and to pump water, a use which James Watt, who is usually credited with the invention of the steam engine, adapted. Branca himself designed a steam powered stamping mill, the first machine to use an impulse turbine. Sir Isaac Newton used components of Branca’s engine to power a steam wagon, and in 1791 John Barber added a compressor to it, the prototype of the modern gas turbine which powers motor vehicles.

The same year (1629) as Le Machine was published he also came out with his Manuale d’Architurra (Manual of Architecture) which was full of easy to follow advice, pointers, directions, techniques, and so forth. It was also one of the first works to scientifically study rivers, and explained why the lagoons of Venice were undergoing sedimentation. In addition, it was the first small format book of its type, making it, like Le Machine, inexpensive and more accessible, a boon to the impecunious, such as the English scientist and inventor Robert Hooke who is known to have had a copy of the latter. In addition, Branca corresponded with another important scientist and mathematician, Benedetto Castelli, a friend of Galileo and the father of hydrodynamics, who remarked favorably about his studies of rivers.

He died in 1645 in Loreto, where he had spent most of his life. Sadly, Le Machine only had one contemporary edition, and the Manuale was reprinted once in 1711. Modern reprints are available, but neither work has been translated into English. It is safe to say that while we do not know how many people had access to these books, the concepts certainly were adapted by later scientists, engineers and architects.

Ironically, Italy was one of the last European countries to industrialize, a major reason being the lack of coal and iron which made the widespread use of steam engines practical. Nevertheless, Giovanni Branca deserves a place of honor as one of those who made it all possible.

The Industrial Revolution/Unification of Germany and Italy