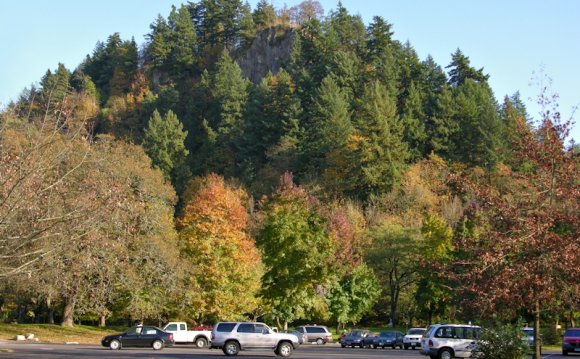 Guided by the Enlightenment axiom that human purpose and destiny was to know every corner of the universe, the habit of naming became the duty of every educated explorer during the 18th and early 19th centuries. To name the thing is to know it, so Lewis and Clark's process of discovery was largely one of naming.

Carolus Linnaeus (1707-778), the father of taxonomy (from the Greek taxis, meaning order, arrangement), established the basis of the natural sciences in an orderly hierarchy of classifications culminating in binomial expressions—pairs of names. His language of choice was Latin, because it was no longer current, and therefore was immune to the fickle winds of fashion and everyday usage. The assignment of a scientific name required a thorough and functional knowledge of Latin, plus the training, experience, and time to study a plant or animal methodically, and to compare the features of a given species with other known species of the same kingdom, phylum, class, order, family, and genus. That was to become the lifework of gifted, dedicated individuals such as Constantine Samuel Rafinesque-Schmaltz (1783-1840), better known simply as Rafinesque. They finish the work begun by field investigators like Lewis and Clark.

Upon discovering a new species such as this one appeared to be, how should Lewis and Clark label it until they can deliver it to a scientist? "Loucirvia" was a phonetic spelling of loups cervier, which is the French common name for lynx, roughly translatable as "wolf that attacks the stag [male red deer]." Perhaps they learned it from George Drouillard, Pierre Cruzatte, or François Lepage. But the captains observed that this specimen was about the size of a cat, and had markings somewhat resembling those of a tiger. (Apparently they did not see this animal face to face until March 18, 1806, when Drouillard shot one on Deer Island, near today's Portland, Oregon.) Noah Webster defined tiger in his Compendious Dictionary of the English Language (1806), as "an animal of the feline kind, very rapacious." He did not list any such animal as a "tiger cat, " so we may infer that name was not in common use. Was Lewis and Clark's own vernacular expression a compromise with the Linnaean principle, or was it the consensus of the most experienced men in the Corps? The scientific taxonomy begins as follows: kingdom, Animalia (animals); phylum, Chordata (spinal cord); class, Mammalia (mammals); order, Carnivora (carnivores); and family, Felidae (cats). In 1758 Linnaeus himself classified the Eurasian lynx—from a Greek word meaning "sharp-sighted"—as a member of the genus Lynx and the species lynx. It became, then, Lynx lynx. In 1817 Rafinesque classified the lynx of the Northwest Coast as Lynx fasciatus The specific epithet fasciatus means banded, and refers to one of the distinguishing features Clark wrote of: "the legs . . . marked with transvers stripes of black"—as is the tail. Later in the century it was reclassified under the genus Felis (FEE-lis; cat) and the species rufus (ROO-fus; reddish). Its Canadian counterpart remained Lynx canadensis.

During the latter part of the 20th century the importance of systematic taxonomy became critical, as the protection of wildlife and the recovery of threatened and endangered species became of paramount importance worldwide. In 1993, the publication of a new taxonomic summary of Mammalia, that is now considered to be definitive, moved the bobcat from the genus Felis back to the genus Lynx, the species rufus, and placed it in the subspecies fasciatus. Lynx rufus fasciatus now is one of twelve subspecies of L. rufus, including californicus, texensis, and floridanus.

Apparently the common name, bobcat, or "cat with a bobbed [shortened] tail, " did not come into use until sometime in the second half of the 19th century; it first appeared in print in 1888. Other common names include the French lynx roux (reddish-brown lynx) and chat sauvage (wild cat); the German Rotluchs (red lynx) and Luchskatz lion (lynx cat); and the Spanish lince (lynx) and lince rojo (red lynx). In Scandanavia the bobcat is called lynx-wolf.

We expect to find plants and animals described first by Lewis and copied by Clark, but in this instance Clark's came first, on February 18. Lewis evidently copied Clark's description three days later, replacing most of Clark's idiosyncratic capitalizations and correcting his mispellings—except for his own spelling of "tyger Cat, " which was the captains' temporary name for the species. Clark's description reads as follows:

Whitehouse brought me a roab which he purchased of the Indians formed of three Skins of the Tiger Cat, this Cat differs from any which I have ever Seen. it is found on the borders of the plains and the woody Counry lying along the Pacific Ocian. this animal is about the Size or reather larger than the wild Cat of our Countrey and is much the Same in form, agility and ferosity. the colour of the back, neck and Sides, is a redish brown irrigular varigated with Small Spots of dark brown the tail is about two inches long nearly white except the extremity which is black; it termonates abruptly as if it had been cut off. the belly is white with Small black spots. butifully varigated. the legs are of the Same Colour with the Sides and back marked with transvers stripes of black the ears are black on the outer Side Covered with fine black hair, Short except at the upper point which is furnished with a pencil of verry fine Streight black hair, ¾ of an inch in length, the fur of this animale is long and fine. much more So than the wild Cat of the U States but less so than the Louserva of the N West. the nativs of this Country make great use of the skins of this Cat, to form the robes which they wear; three whole Skins is the complement usually employed, and Sometimes four in each roab. Those Cats are not marked alike maney of them have but fiew Spots of a darker Colour, particularly on the Back.
Source: www.lewis-clark.org

lewis and clark (the claymation)