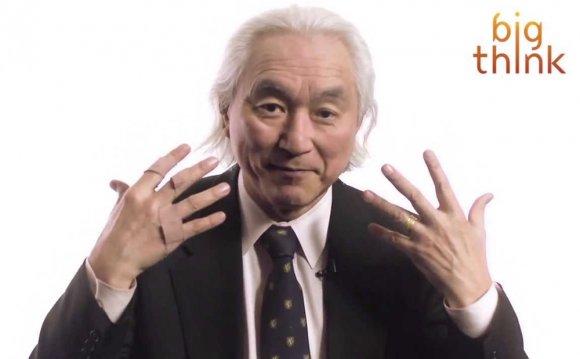 With such a pedigree, it can be hard to imagine that anyone ever doubted including Fermi in the Manhattan Project. But he was, you will remember, a citizen of an Axis power, Italy. True, he was one who fled Mussolini (in 1938, after receiving his Nobel Prize in Stockholm), but a citizen nonetheless. He didn’t become a naturalized U.S. citizen until 1944, well after he had begun his work on the bomb. In the early years, Fermi was, in the technical parlance, an “enemy alien.”

In the very early years of the bomb work, Vannevar Bush was unsure about bringing Fermi in. It wasn’t that Bush doubted Fermi’s loyalties — I think it would seem pretty clear that Fermi was no Fascist spy — but it wasn’t clear what the military brass would say. “The Army is going to talk about the case of Fermi… [and] I am sitting tight until I hear about these conversations. …in the interim we are not giving him information.” It required “a good deal of protest” for the Army to finally clear Fermi, and only on a very small part of the work being done at Columbia, and in a subordinate role. “I am not at all sure that the Army would reverse its point of view on this matter where an Italian citizen is concerned, ” Bush wrote in the summer of 1941.

Through at least the summer of 1941, both Fermi and Szilard — enemy aliens highly-connected to the project — were not even allowed to travel freely within the United States! They had 90-day permits that let them travel to specific cities (Fermi could go to New York; Washington, DC; Chicago; Beverly, Mass.; and Princeton, N.J., and that’s it), and that had to be renewed when it ran out. Arthur Compton thought this was pretty ridiculous as far as situations went; but James Conant didn’t want to push it.

Eventually Bush got around to getting Fermi full clearance, full freedom of action. Interestingly it came right at the Manhattan Project itself was ramping up, in late 1942. Fermi was one of the odd cases that Bush used to justify the need for the uranium work to have its own security system, independent of the Army and the Navy, who balked at clearing such people. (Oppenheimer and Arthur Compton were two others that he thought they’d have trouble clearing — not because of where they were from, but where they had signed their names, over the years.)

In 1943, Fermi was finally able to be fully brought in. The independence of Groves’ organization allowed him to do things that Bush’s OSRD found much more difficult. This week’s document is a letter from J. Robert Oppenheimer to Enrico Fermi, inviting the latter (who was at the Chicago Metallurgical Laboratory) to travel to Los Alamos in order to attend a three-week series of lectures on bomb design. These lectures would be later compiled into the Los Alamos Primer.

The main paragraph of the letter reads:

We are planning to hold a three-week conference at Los Alamos, starting probably about April 15. The purpose of the conference is to discuss the scientific problems of the Los Alamos laboratory and to define its schedules and its detailed experimental program. The background of our work is so complicated, and information in the past has been so highly compartmentalized, that it seems that we shall have a good deal to gain from a leisurely and thorough discussion. My own view is that this is likely to contribute essentially toward our carrying out our directive in the simplest and fastest way. I want very much to have you present at the conference, whether or not you will have moved permanently to the site by that time.

It’s interesting, here, that the Primer conference was in part seen as an antidote to compartmentalization. Los Alamos was originally to be as compartmentalized as the rest of the project, but Oppenheimer and others insisted that it be a bastion of scientific interchange. Within its walls, the cleared scientists could discuss problems with other cleared scientists, even if they weren’t always working on the same problems. The consequence of this, from Groves’ perspective, was that Los Alamos had to be walled off from the other sites completely — information could be sent to Los Alamos, but the flow was generally not supposed to go the other direction.

The rest of the letter continues to explain that Los Alamos is still be assembled, and that the living arrangements weren’t quite worked out. It was an understatement — Los Alamos was famous for being a mud pit of prefabricated housing during the war years.

It seems that by this point, Fermi was more or less given carte blanche — except, of course, that because he was so important to the project, he was disallowed from flying and had to have a bodyguard/chauffeur at all times. His wife, Laura, recounted later that:

The rules General Groves had set could have been chosen by a wise mother for her teen-age daughter. Enrico was not to walk by himself in the evening, nor was he to drive without escort to the newly built Argonne Laboratory twenty miles from our home.

Even in 1944, however, Manhattan Project officials worried that Fermi might want to return to Italy after the war — with their secrets. It didn’t happen.

One wonders if, had the suspicion and paranoia gotten their way, and all people of German, Hungarian, or Italian descent had been cut out of the bomb project, whether it would have worked. Personally, I doubt it. Cut out Fermi, Bethe, Szilard, Teller, Wigner, Segrè, and Fuchs (yes, even Fuchs, who, for all his spying, was actually an important contributor) and you end up with quite a gutted Los Alamos.

It would have been a curious irony if, having fled Fascism in Europe, they found themselves too suspicious to employ in the United States.

Women Respond to the Manhattan Project (Atomic Bomb): Then ...

The Truth of the Manhattan Project