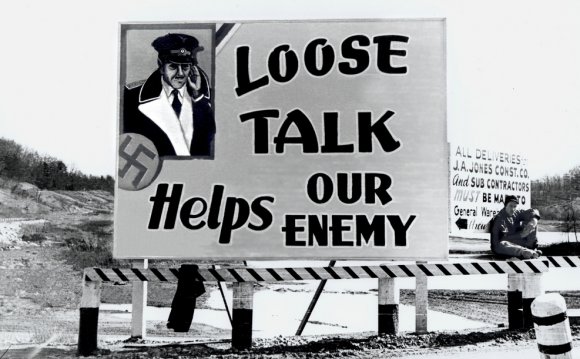 Aerial view of the plant in Oak Ridge, Tennessee

Science, secrecy, and a large sense of scale uniquely identify those sites associated with the Manhattan Project. Of the three primary sites - Los Alamos, New Mexico; Hanford, Washington; and Oak Ridge, Tennessee - the latter has always captured my interest because of its moniker “The Secret City.”

The Manhattan Engineer District built an entirely new military reservation on 59, 000 acres in an isolated area of rural Tennessee. Construction on the site began in 1942, with the townsite located in the northeast corner of the six-mile-long reservation. Clinton Engineer Works, the Army’s name for the Oak Ridge Manhattan Project site during World War II, hosted the Project’s uranium enrichment plants (K-25 and Y-12) and the pilot plutonium production reactor (X-10).

After reading Denise Kiernan’s and supporting the proposed Manhattan Project National Historical Park, I felt compelled to visit the city which had fascinated me for years. I convinced my sister, a fellow history buff who had also recently read Kiernan’s book, to take an atomic-inspired road trip to eastern Tennessee.

Completed in 1936, the powerful Norris Dam played a significant role in the success of the Project in Oak Ridge.

Driving to Oak Ridge, I passed through the adjacent town of Clinton and instantly made the connection to Clinton Engineer Works. Driving southwest on Tennessee 61, the roadway curved and bended around the Clinch River. Later during our trip, we traveled to Norris Dam, a Tennessee Valley Authority (TVA) Dam constructed as part of the Works Progress Administration. Located upstream of the Clinch River, Norris Dam is part of the Project’s story in Oak Ridge.

The prevalence of TVA dams and their power capacity played an integral part in the selection of the site for the Project.

Our trip started at the American Museum of Science and Energy. During the summer, the Department of Energy (DOE), in partnership with the AMSE, host bus tours of the DOE Oak Ridge sites. The tour includes the three main historic sites at the Oak Ridge reservation: Y-12, X-10, and K-25. The tour also features other areas within the reservation typically off-limits, including the Bethel Valley Church.

When I think of Oak Ridge and the Project, I see black-and-white images of women on stools monitoring knobs. These iconic photos capture the thousands of women involved in the project at Oak Ridge. Y-12 was one of the Manhattan Project uranium enrichment plants and continues to serve in a similar function as a Department of Energy National Security Complex.