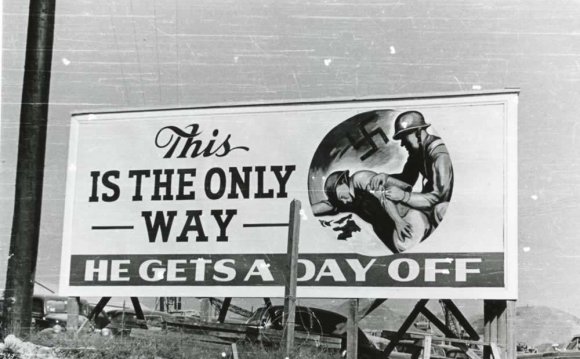 On August 2, 1939, President Franklin Roosevelt received the Einstein–Szilárd Letter in which the famed scientists encouraged the United States to develop nuclear weapons lest Nazi Germany create them first. Spurred by this and other committee reports, Roosevelt authorized the National Defense Research Committee to explore nuclear research and on June 28, 1941, signed Executive Order 8807 which created the Office of Scientific Research & Development with Vannevar Bush as its director.

To directly address the need for nuclear research, the NDRC formed the S-1 Uranium Committee under the guidance of Lyman Briggs.

The S-1 Committee held its first formal meeting on December 18, 1941, only days after the attack on Pearl Harbor. Pulling together many of the nation's best scientists including Arthur Compton, Eger Murphree, Harold Urey, and Ernest Lawrence, the group decided to push forward exploring several techniques for extracting uranium-235 as well as different reactor designs.

This work progressed at facilities across the country from Columbia University to University of California-Berkeley. Presenting their proposal to Bush and the Top Policy Group, it was approved and Roosevelt authorized funding in June 1942.

As the committee's research would require several large new facilities, it worked in conjunction with the US Army Corps of Engineers.

Initially dubbed "Development of Substitute Materials" by the Corps of Engineers, the project was latter re-designated the "Manhattan District" on August 13. During the summer of 1942, the project was led by Colonel James Marshall. Through the summer Marshall explored sites for facilities but was unable to secure the needed priority from the US Army. Frustrated by a lack of progress, Bush had Marshall replaced in September by newly-promoted Brigadier General Leslie Groves.

Taking charge, Groves oversaw the acquisition of sites at Oak Ridge, TN, Argonne, IL, Hanford, WA, and, at the suggestion of one of the project's leaders, Robert Oppenheimer, Los Alamos, NM. While work progressed on most of these sites, the facility at Argonne was delayed. As a result, a team working under Enrico Fermi constructed the first successful nuclear reactor at the University of Chicago's Stagg Field. On December 2, 1942, Fermi was able to create the first sustained artificial nuclear chain reaction.

Drawing in resources from across the US and Canada, the facilities at Oak Ridge and Hanford focused on uranium enrichment and plutonium production. For the former, several methods were used including electromagnetic separation, gaseous diffusion, and thermal diffusion. As research and production moved forward under a cloak of secrecy, research on nuclear matters was shared with the British. Signing the Quebec Agreement in August 1943, the two nations agreed to collaborate on atomic matters. This led to several notable scientists including Niels Bohr, Otto Frisch, Klaus Fuchs, and Rudolf Peierls joining the project.

As production ensued elsewhere, Oppenheimer and the team at Los Alamos worked on designing the atomic bomb. Early work focused "gun-type" designs which fired one piece of uranium into another to create a nuclear chain reaction. While this approach proved promising for uranium-based bombs, it was less so for those utilizing plutonium. As a result, the scientists at Los Alamos began developing an implosion design for a plutonium-based bomb as this material was relatively more plentiful. By July 1944, the bulk of the research was focused on the plutonium designs and the uranium gun-type bomb was less of a priority.

As the implosion-type device was more complex, Oppenheimer felt that a test of the weapon was needed before it could be moved into production. Though plutonium was relatively scarce at the time, Groves authorized the test and assigned planning for it to Kenneth Bainbridge in March 1944. Bainbridge pushed forward and selected the Alamogordo Bombing Range as the detonation site. Though he originally planned to use a containment vessel to recover the fissile material, Oppenheimer later elected abandon it as plutonium had become more available.

The Manhattan Project: A Brief Visualization