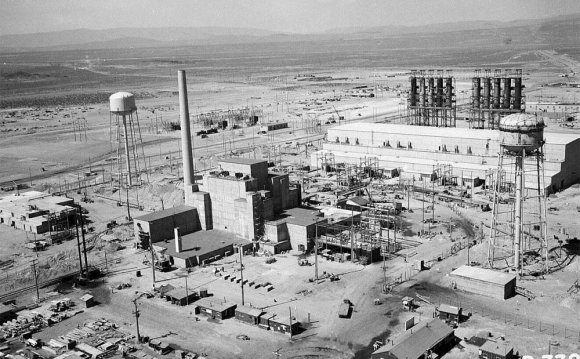 No national monument or park previously existed to preserve and interpret the historic properties of the Manhattan Project. As Cynthia C. Kelly, founder and president of the Atomic Heritage Foundation, said, “The national park is long overdue and will provide Americans an important opportunity to understand the Manhattan Project and its complex legacy for the world today.”

The new Manhattan Project Park will be also one of the few that focuses on American science, technology and industry. Noted for its path-breaking inventions, the Manhattan Project offers an excellent opportunity to engage the public in learning about innovation in science, engineering and technology. Interpretation of the park will also prompt reflection on the decision to drop the atomic bomb on Japan and on the extent to which scientists should be accountable for their inventions.

The Manhattan Project reflects the diversity of the American experience with over 600, 000 working on the project around the country. Participants included eminent scientists at Los Alamos, NM who were refugees from Nazi regimes. Others were only high school girls from rural America who operated the control panels at plants in Oak Ridge, TN In isolated, hastily built communities, the Manhattan Project enforced strict secrecy on the hundreds of thousands of people who worked without knowing what they were producing.

Richard Rhodes, Pulitzer Prize-winning author of The Making of the Atomic Bomb and a Board Member of the Atomic Heritage Foundation, commented, “The new weapon was built in makeshift buildings, laboratories and factories all over the United States. Now nearly 70 years later, some of these historic places of the Manhattan Project will at last be preserved as part of the national historical park. The Manhattan Project is significant not only for its role in ending World War II but for introducing a major new force in human affairs. Reason enough to be remembered.”

The birthday of the Manhattan Project National Historical Park is now set for November 10, 2015. While the Manhattan Project National Historical Park Act became law on December 21, 2014, the Act requires that the two Departments reach an agreement within a year of enactment on their respective roles in implementing the new park. At that time, the park will be officially established.

We understand that the Departments of Energy and the National Park Service leaders are close to an agreement. The Secretary of Energy Ernie Moniz and Secretary of Interior Sally Jewell are scheduled to have a signing ceremony on Tuesday, November 10, 2015 in Washington, DC.

The National Park Service published a draft agreement on July 28, 2015. This milestone reflects the work of a high-level team of National Park Service and the Department of Energy officials and key employees who participated in a series of public meetings and tours at the three sites. Starting in March, the team went to Oak Ridge, TN; in April, to Hanford, WA; and finally in June, to Los Alamos, NM.

The law passed after the National Park Service’s FY 2016 budget was in place so the funds available in 2016 for NPS’s work on the park are limited to $180, 000. NPS Associate Director Victor Knox talked about 2016 as a transitional year for the new park, as the Park Service assumes management and focuses on how best to interpret the story of the Manhattan Project. The Department of Energy and its laboratories have been funding a variety of activities this year and have developed a five-year budget plan for restoring and providing public access to its historic assets.

Despite a bidding contest for the designation for the park’s headquarters, the National Park Service’s draft agreement names the Denver Service Center (DSC) which provides integrated park planning throughout the national park system. The DSC has been responsible for developing the special resource study, prelude to creating the Manhattan Project National Historical Park in 2010, and the Memorandum of Agreement.

What can you expect next year? Be patient. NPS Director Jonathan Jarvis expects that it will take two more years to complete the planning and three to five years after that to prepare the sites for public access. For example, while the V Site at Los Alamos was restored under a Save America’s Treasures grant in 2005, the public will not have regular access to it until the Los Alamos National Laboratory consolidates its operations in the area. Similarly, the T-Plant at the Hanford site will not be on the tour route as work continues inside the former chemical separations plant.