Who landed on the Moon? 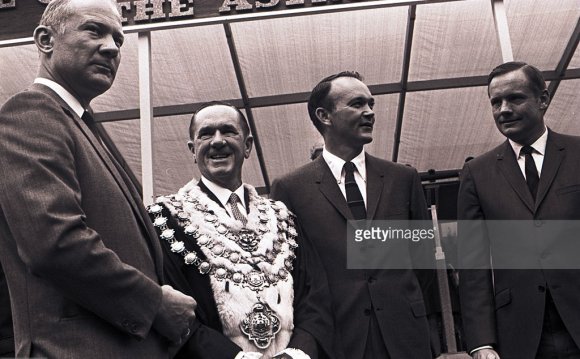 15 Reasons Why Man Has Never Set Foot on The Moon

15. "Tricky Dick" Richard Nixon was president at the time. He was the king of cover-up, secret tapes and scandal. Think about all of his potential antics that were not discovered.

14. A successful manned mission to the moon offered a wonderful pride-boosting distraction for the near revolt of the US citizens over 50, 000 deaths in the Vietnam War.

13. The Soviets had a five-to-one superiority to the U.S. in manned hours in space. They were first in achieving the following seven important milestones:

3. First man to orbit the earth

5. The first crew of three astronauts onboard one spacecraft

This put America at a perceived military disadvantage in missile technology during the very height of the Cold War.

12. Neil Armstrong, the first man to supposedly walk on the moon, refuses to give interviews to anyone on the subject. "Ask me no questions, and I'll tell you no lies." Collins also refuses to be interviewed. Aldrin, who granted an interview, threatened to sue us if we showed it to anyone.

11. Newly retouched photographs correct errors from previously released versions. Why would they be updating thirty-year-old pictures if they really went to the moon?

10. Rediscovered lost footage shows the American flag blowing in the wind. The wind was probably caused by intense air-conditioning used to cool the astronauts in their lightened, uncirculated, space suits. The cooling systems in the backpacks would have been removed to lighten the load not designed for earth's six times heavier gravity, otherwise they might have fallen over.

9. Enlarged photographs underneath the lunar lander's 10, 000 lb. thrust engine show the soil completely undisturbed. During ground tests there was grave concern for the vehicle falling into the hole the engine created as it descended. An oversight that they would have to keep consistent for all subsequent moon missions. They attributed it to the effect of no atmosphere (except for the flag blowing in the wind - see # 10!)

8. Rare, uncirculated photographs, allegedly from the moon's surface, show scenes supposedly lit solely by sunlight. Yet they contain shadows that do not run parallel with each other, indicating supplemental artificial light. Sunlight would cast shadows that would never intersect.

7. The moon is 250, 000 miles away. The space shuttle has never gone more than 400 miles from the Earth. Except for Apollo astronauts, no humans even claim to have gone beyond low-earth orbit. When the space shuttle astronauts did get to an altitude of 400 miles, the radiation of the Van Allen belts forced them to a lower altitude. The Van Allen radiation belts exist because the Earth's magnetic field traps the solar wind.

6. The top portion of the lunar module which landed on the moon supposedly popped up off the moon with two astronauts aboard, entered lunar orbit 60 miles up, and docked with the command module in lunar orbit. To look at its design and think such could have actually occurred is absolutely ludicrous. The fuel tanks were nowhere near one-sixth the size of those on the space shuttle as one would expect to achieve lunar orbit .

Proof We Landed on the Moon is in the Dust

WE LANDED ON THE MOON #3 Russians

中国登陆月球 (China Landed On The Moon)