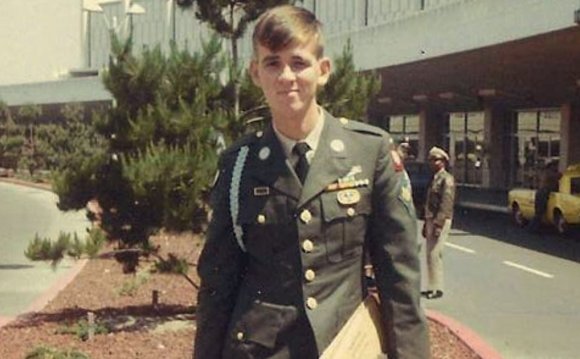 “You can’t take a 19-year-old brain and subject it to the constant threat of death or injury by rocket fire and expect it not to be affected, ” Roy R. says of his year in Phu Bai and Danang during the Vietnam War and his subsequent 30-year struggle with Post-Traumatic Stress Disorder (PTSD).

Roy wasn’t an infantryman in the U.S. Army. He was a combat engineer, responsible for building roads for the troops through the jungle and demolished infrastructure of the Vietnamese countryside. But, as he points out, “There weren’t any frontlines in Vietnam. If you were there, you were in it. Everyone had the opportunity to get killed. Rockets were regularly coming down on our heads, and we were constantly under fire.”

After serving his country in Vietnam, Roy left the military in 1969. He spent a few years experimenting with different jobs: songwriter, administrative clerk, house painter, and loading dock worker, before enrolling at the New England School of Broadcasting.

So began a nearly 20-year, successful broadcast journalism career. He moved from market to market, at first for radio jobs in places like Putnam, CT and Hyde Park, NY. A friend lured him to Abilene, Texas where he got into television, and then to San Antonio. Along the way, he won awards for commercial production and jingle writing.

Eventually his career took him to XTRA-TV in San Diego, where his PTSD overwhelmed him. “It was Vietnam telling me, ‘It’s time to deal with me now.’” Depressed and unable to function, he left his job and went home to Massachusetts to “re-charge his batteries” on a friend’s suggestion.

But things only got worse in Boston. He became agoraphobic, staying inside with the blinds drawn all the time. He drank too much and avoided people at all costs. Roy lived this way for about eight years before deciding to choose between suicide and getting help. He chose the latter.

In the mid-90s, Roy went to the VA in Worcester, MA. He credits his counselor with saving his life with medication, therapy, and straight talk about “where I wanted to be in five years and how I was going to get there.”