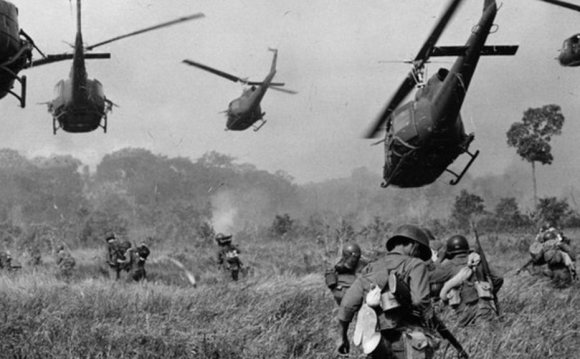 Search-and-destroy operations in Vietnam failed as a working doctrine, and the strategy of attrition cost the needless deaths of thousands of American service personnel. That policy was based on principles the United States had employed in previous conventional wars, using superior American mobility and firepower to seize the initiative and inflict heavy losses on enemy units. The American policy and strategy during the Vietnam War should have been the pacification of the villages and hamlets, resulting in the destruction of the Viet Cong and their infrastructure. That could have been accomplished by the ‘clear-and-hold’ tactics that the Marine Corps favored, using combined action platoons (CAPs). In his book Strange War, Strange Strategy, Lt. Gen. Lewis Walt argued, ‘The struggle was in the rice paddies — in and among the people, not passing through, but living among them night and day — a journey with them toward a better life long overdue.’

As a military plan, attrition required wearing down the enemy’s personnel and materiel until he lost the capacity to sustain his military effort or his will to fight. There are two principal reasons for the failure of the attrition strategy in Vietnam. First, the NVA and the VC could control the pace and intensity of the battle and therefore manage their own attrition. They initiated approximately 80 percent of all platoon- and company-size engagements. When any one of those battles started to turn against them, they simply pulled back to safe areas. Second, North Vietnam was willing to absorb large losses and still continue the war almost indefinitely. As it turned out, it was the United States that was not willing to absorb losses. Ho Chi Minh had taunted the French with his own version of attrition when he told them, ‘You can kill 10 of my men for every one I kill of yours but you will lose and I will win.’ For Hanoi, the struggle was a test of wills rather than a test of strength, and the end justified any means.