Germany after the War 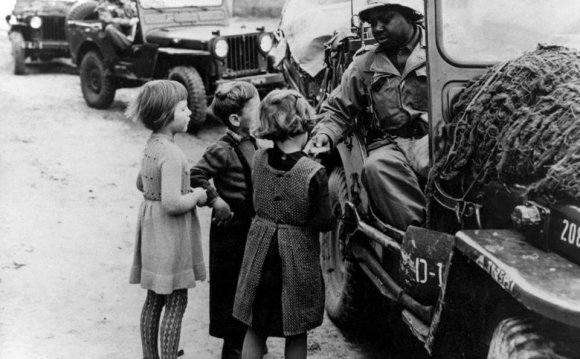 The Allied invasion of Germany

The Allied attacks on Germany.

The Soviet Union invaded east Germany, and USA and Britain invaded from the west. Millions of German refugees fled to avoid the bombing and Russian soldiers. Two million died from the cold, disease and tiredness.

The fall of Berlin and death of Hitler

- Then, Hitler commits suicide by shooting himself, but not before poisoning his new wife. His officers cremate his body, as ordered by Hitler himself. During his last days, Hitler began to rant about the Jews, blaming them for everything. He showed no sign of remorse.

- Karl Doenitz had been authorised by Hitler to control Germany. Doenitz agreed that Germany surrendered unconditionally. Germany had lost the war.

The division of Germany

The Treaty of Versailles had not managed to prevent Germany from going to war, so there was a need to think carefully about how to punish Germany this time.

Germany was divided into sections, and Allied soldiers were put in place to keep order.

East and West Prussia came under the control of Poland.

Austria was separated from Germany and placed under the control of the four powers (USA, Britain, Russia and France).

After The War Conquering Germany Part 1 3

After The War Conquering Germany (part 2/3)