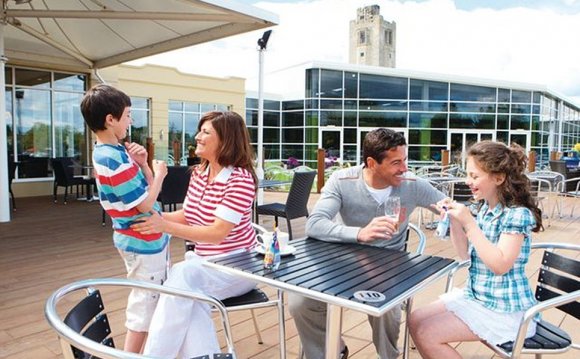 The British defend their Empire in Asia from the Japanese and simultaneously defend England, Europe, Egypt and the Middle East against Hitler's Germany who was determined to conquer the whole of Continental Europe from the Atlantic to Moscow.

The worst loss of life in any war before and after with 50 million deaths, some 30 in Europe and 20 in the Far East.
This includes the 6 million Jews murdered by Hitler in his Gas Chambers like Auschwitz, Poland but does not include all the 40 million, mainly Russian people, murdered by Stalin in his life time.

On 3rd September1939 England declared war on warmongering Germany because they invaded Poland, having already annexed the Rhineland, Austria and Czechoslovakia.

Actually for the commencement of the war we must go as far back as 1931 and to the other side of the world, when Japan embarked on their first move in their expansionist bid to seize land in South East Asia to secure more territory for their bulging population together with supplies of oil and rubber. Their first stepping stone was the invasion of Manchuria. (An area in North East China which has a long history of changing hands between Russia, China and Japan.) However the Japanese were also particularly interested in the British oil and rubber territories of Malay and Burma.

Italy invades Africa Italy, under their Fascist dictator Mussolini, who had seized power in a coup in 1922 was in fact, the first aggressor in Europe, after the First World War, as he marched into the Horn of Africa in 1935. Abyssinia quickly fell to the much more powerful Italian army.

The world was outraged by all these aggressors, but did nothing.

The cause of this global war was The world wide recession, indeed “the slump”, in the 1920’s which caused a number of leaders to look for growth abroad to take the pressure off the disasters at home. This applied to the Germans, Italians and the Japanese. The result of World War One (1914-18), when Germany lost so much land created a determination to get it back when the time was right. The observation by the Japanese that they were the only country of significance without an Empire and as opposed to the British who had the largest world empire, had no cheap and secure source of oil, rubber (for car tyres), and food. (Rice in their case)

At this time The forum for keeping world peace was the League of Nations, the precursor to the United Nations. England still had the largest navy in the world built to defend the huge British Empire The English, after World War One, were not in the mood for war. Indeed a debate at Oxford University had come down on the side of those who if asked, would not take up arms for “King and Country”. Germany was ruled by another fascist dictator, Hitler, who was determined to not only get the lands back Germany had lost in the First World War but to rule the whole of Europe (Napoleon Style) based on an ideology of race.

The Germans had for some time preached that as fair skin Arians they were superior to all other races, particularly Jews and Gypsies. Germany was friendly with Russia and although forbidden to build up an army after the First World War, not only did so, but undertook military exercises secretly in Russia where they perfected the use of new military technology particularly, tanks+ planes+ battlefield radio+ fast moving vehicle carried infantry. The technique they developed was called Blitzkrieg or lightning strikes. The French who with the English were on the winning side in the 1914-18 war had a larger army than the Germans, supported by tanks and planes but poor radio. Military commanders thought only in World War One terms so to defend France, they had dug a huge World War One type trench between France and Germany called the Magino Line which they were confidently sitting behind. No modern Blitzkrieg techniques were developed, indeed their cavalry still used horses.

The French like the British had a substantial navy but conducted few naval exercises to hone new battle techniques. The Germans were forbidden to build up a Navy, but did. They also saw the submarine as a much better solution for sinking ships than slugging it out with bigger and better battle ships. The Germans also developed excellent army Blitzkrieg support fighter planes and light bombers. Notably the Messerschmitt 109 and the Junkers 87 dive bomber (Stukas). The only weakness in the Luftwaffe was perhaps with heavy bombers their best bombers were the lightweight Junkers 88 and Heinkel 111. The English were fortunate to have developed two top fighters, the Spitfire and the Hurricane which now everybody knows helped to win the Battle of Britain. As with Germany, England had no large four engined heavy bombers at the start of the war but were quick to develop them.

At sea the English had the biggest Navy but it was stretched to support the Empire world wide. This put both the German, Italian and Japanese Navy’s at an advantage in the Atlantic, Mediterranean and Eastern Oceans respectively. All these countries had Aircraft Carriers, Battleships, Cruisers, Destroyers, Frigates, Mine Sweepers and submarines. The Americans like Britain were initially reluctant fighters and took a lot of persuading to join the war. See later. When they joined, their fighting capabilities and equipment in all three services was only similar to the British and certainly not up to German standards. But as the Japanese had predicted The Americans were quick to learn.