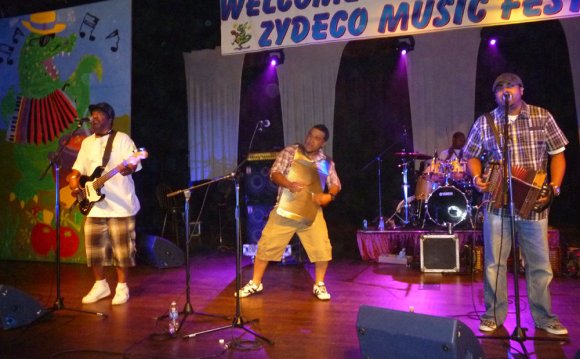 The 1940s were the apotheosis of American popular music. Swing, blues and country were all popular styles but, above all, it was the heyday of the seventeen-piece big band. Names like Benny Goodman, Glen Miller, Tommy Dorsey, and Duke Ellington were as lionized as today’s rock groups and to this day, their theme songs—“Sing, Sing, Sing, ” “In the Mood, ” “I’m Getting Sentimental Over You, ” and “Take the ‘A’ Train”—virtually define the entire musical period. Vocalists like Frank Sinatra, Bing Crosby, Doris Day, and Ella Fitzgerald had their own cult following, but everything started with the song itself, and the names of the songwriters alone tell the story: Cole Porter, Irving Berlin, Richard Rogers, Johnny Mercer, and Frank Loesser. The 1940s were the golden age of the American songbook.

World War II was the centerpiece of the decade and, as one music critic wrote, “In a very real sense, American popular music was the popular music of World War II.” As a genre, the World War II song started even before the war. Nineteen thirty-nine saw at least two songs celebrating isolationism: “Let Them Keep It Over There” and the ungrammatically titled “Rockabye My Baby, There Ain’t Gonna Be No War”; the contrary attitude was expressed in “Arms for the Love of America.” In a more sentimental vein, the fall of France in 1940 brought us “The Last Time I Saw Paris.” But the war clouds were gathering and that same year America introduced its first peacetime draft. The songwriters were right on hand to produce “Goodbye Dear, I’ll Be Back in a Year”; “Ma, I Miss Your Apple Pie”; “He’s 1-A in the Army and He’s A-1 in My Heart” (1-A signifying the highest draft qualification); and “Twenty-One Dollars a Day, Once a Month, ” a humorous reference to a rookie’s Army salary.

The songwriters were ready and waiting when the war finally arrived on December 7, 1941, and “Remember Pearl Harbor, ” “Goodbye Mama I’m Off to Yokohama, ” and “We Did It Before and We Can Do It Again” were recorded only days after the attack. Indeed, throughout the war, songs followed events with unusual rapidity. The battle of the Philippines was still raging when “Hats Off to MacArthur” was written in March of 1942. However, the tribute was somewhat premature, considering that the campaign ended disastrously less than a month later. “Stars and Stripes on Iwo Jima” and Nat “King” Cole’s rendition of “D-Day” were both recorded barely a month after those momentous happenings.

There were, of course, any number of patriotic songs: “The House I Live In (That’s America to Me), ” “There’s a Star-Spangled Banner Waving Somewhere, ” “American Patrol, ” and “This Is Worth Fighting For.” But in a class by itself was “God Bless America.” Originally composed by Irving Berlin in 1918 for an all-soldier show, it was not used and was, in the show-business term, “put in the trunk.” It was resurrected in 1939 at the request of Kate Smith, and her recording remained the standard version for many years. Easier to sing than the national anthem, it became an instant hit and remains so to this day. In the aftermath of 9/11, the entire nation once again embraced it.

The military services had their traditional songs (“Anchors Aweigh, ” “The Marine’s Hymn, ” and “The Caissons Go Rolling Along”) but the Army Air Corps had none. That problem was solved in 1939 with the song whose opening lines became familiar to the whole country: “Off We Go into the Wild Blue Yonder.” The final stanza contained the phrase “off with one helluva roar, ” which was deemed too offensive for the 1940s sensibilities, and the word “ter-ri-ble” was substituted for radio use.

With so many eligible men out of circulation, American womanhood had much to lament. Ella May Morse complained of “No Love, No Nothin’ (Until My Baby Gets Home)” and Hollywood actress Bette Davis grumbled of her suitors that “They’re Either Too Young or Too Old.” Cass Daley moaned that “He Loved Me till the All-Clear Came, ” and any number of singers complained they “Don’t Get Around Much Anymore.” If some women fretted that “Saturday Night Is the Loneliest Night of the Week, ” at least Kitty Kallen felt “You Can’t Say No to a Soldier.” But women did more than just sit around weeping and wailing; there was a war to be won and they had a part to play. Their military contribution was commemorated in “First Class Private Mary Brown.” Their industrial role was celebrated in “Rosie the Riveter, ” the title taking on a life of its own: Rosie became the generic name for all woman war workers.

Servicemen had their own social problems. Chief among them was the constancy of their wives and girlfriends back home. Good examples are “Somebody Else Is Taking My Place” and “Everybody Knew but Me, ” but the best-known song on this theme was “Don’t Sit under the Apple Tree with Anyone Else but Me.” It was wildly popular with soldiers and civilians alike as evidenced by its huge sale of records and sheet music. It was rendered by many singers, but the most famous version was by the Andrews Sisters, known to all as Patty, Maxine, and Laverne. They also introduced the well-known “Boogie Woogie Bugle Boy (of Company B)” in the 1941 film Buck Privates. It earned them an Academy Award nomination. For those interested in trivia, a widely published article during the war credited one Clarence Zylman of Muskegon, Michigan, as the original Boogie Woogie Bugler. An ex-jazz musician, he brought his special talent to his military duties; not surprisingly, he ended up in an Army band. In 1973, the song was re-introduced by Bette Midler and thus became popular with a whole new generation.

Religion also found a place in the musical history of the war. Legend had it that a Navy chaplain helped the anti-aircraft gunners at Pearl Harbor, thus inspiring the song “Praise the Lord and Pass the Ammunition.” The Air Force also provided a religious theme with “Coming In on a Wing and a Prayer, ” the tale of a disabled bomber limping back to its base “with our full crew aboard and our trust in the Lord.” The most popular version added to its pious tone by having the singers perform the song with a decidedly gospel rhythm.

Military life was another popular theme. Irving Berlin wrote “This is the Army, Mister Jones” in 1918 for an all-soldier show. The song was not used at the time but was resurrected in World War II for another all-soldier show called “This is the Army.” It was a Broadway hit and the song was an independent popular success. The show went on the road where it earned $2 million (about $26 million in present-day dollars) for the Army Emergency Relief Fund. Other songs also spoke of the frustrations of Army life: the sarcastic “Gee, but It’s Great to Be in the Army” and Frank Loesser’s “What Do You Do in the Infantry? (You March, You March, You March).”

Video is very rare for Germany after World War II