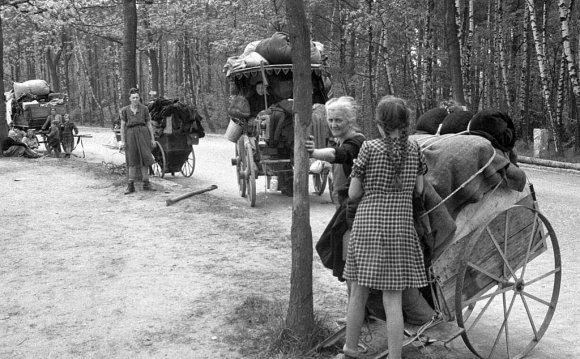 The original purpose of the 1948 “UN Convention on the Prevention of the Crime of Genocide” was to prevent recurrences of some of the most grievous acts committed by mankind against his fellow man.

Since the ratification of the Convention in 1951, there have been instances of genocide where the world has just stood by and witnessed the continuation of slaughter, without possessing the tools to stop the mass killings.

The case studies below give a brief insight into the history of genocide. It is also notable that there are some instances of well-publicised mass killings, which have not been legally classified as genocides.

The following list of case studies gives background information on every instance of genocide since the Convention on the Prevention and Punishment of the Crime of Genocide formally became part of international law in 1951.

Between 1910 and the late 1970s about 100, 000 Aboriginal children were abducted from their families. The government believed that Aboriginals had no future as a people and advised that their children should be fully integrated into white society and brought up according to white rules, customs and traditions. The general aim was to ?assimilate? or ?breed out? the aboriginal race. Many children were forced to grow up in orphanages or foster families, or were raised by white missionaries. Children were physically and sexually abused in addition to being used as unpaid labour.

Only as late as 2008 did the Australian government, led by PM Rudd, officially apologise, and the apology was not made for the genocide but rather for the ?collateral? damage inflicted. To date, no compensation or repatriation moves have been made to help the ?stolen generations.?

It is to be noted that in PM Rudd?s speech, the word ?genocide? was not itself mentioned.

From 1924 to 1956, the British had treated the North and the South as two separate entities. A civil war began after Southern nationals had been promised and denied regional autonomy. The subsequent fighting resulted in the deaths of over 500, 000 people, most of those civilians. Hundreds had to flee from their homes.

The predominantly Muslim government used indiscriminate violence to suppress non-Muslims who supported a secessionist movement in the south. In 1972, a peace agreement was signed in Addis Ababa which incorporated, inter alia, a proposal of a power-sharing executive, security guarantees and political and economic autonomy for the South. Sudan became two separate states on the 9th July 2011, North Sudan and South Sudan. It was admitted by the General Assembly of the UN as its 193rd member- and still the violence and killing continues.

In the late 1950s, Brazilian Indians were confronted with violent attempts to integrate, pacify and acculturate their communities. In 1967 the true scale of the action against the native population of Brazil was revealed with the completion of the Figueiredo report into the treatment of Brazilian Indians. The 5, 000-page document catalogued a vast array of crimes against humanity, including mass murder, torture and bacteriological warfare, reported slavery, and sexual abuse - most of which had occurred since 1960. The report has never been made available to the general public, but knowledge of the document has led to protests around the world.

Mao Zedong?s so called ?Great Leap Forward? (1959 - 1962) led to famine in Tibet. The Panchen Lama at the timewas convinced that these deaths were as a result of official policies, rather than natural disasters as was suggested. The famine was followed by the desecration of more than 6, 000 of Tibetan monasteries and the killing of thousands of Tibetans. In 1960 a non-governmental International Commission of Jurists conducted a report on behalf of the United Nations which accused China of genocide.

According to the ICJ, the Chinese acted with the specific intent of eradicating Tibetan culture. Even today, Tibetans are all too frequently not allowed to participate in the cultural and general life of their specific community.

After Rwanda gained its independence from Belgium in 1962, many Tutsis were forced to leave the country. Tutsi refugees called the Inyenzi launched attacks into Rwanda from bases in western Uganda. In response to military attacks by exiled Tutsis in Burundi, massacres of Tutsis who remained in Rwanda became increasingly widespread, leading to more and more refugees leaving the country. Those who stayed were forced to carry an identity card to define their origin according to Hutu government quotas. Marriage criteria also changed; Tutsi women were generally not allowed to marry Hutu men. It is estimated that by the mid-1960s half of the Tutsi population was living outside Rwanda.